It’s far easier to be the saving grace of a bad film than the worst part of a great one.

The latter rarely makes sense – surely if a film is firing on all cylinders and has a competent director behind it, every element will work just as well?

If only it were so simple. While it’s rare, there are instances of very good films being undone by a sole bad element. Sometimes it’s an accent gone awry, or a distracted actor, or even something as simple as a bit of miscasting.

To shine a light on this phenomenon, we’ve compiled 12 askew performances in great films, from the famously incongruous (Cameron Diaz in Gangs of New York), to choices that are more controversial (Hugh Grant in Love Actually? Yes, really!)

And while you’re here, why not also sample the inverse of this strange occurrence – brilliant performances in otherwise terrible movies…

Gyllenhaal is guilty of too much acting in Denis Villeneuve’s grimy child-abduction thriller. While the other A-listers that surround him (including Hugh Jackman and Viola Davis) bury themselves in grief and rage, Gyllenhaal seems to be in a different film entirely. He’s all twitches and facial tics, injecting off-putting weirdness in a movie that absolutely doesn’t need it.

The Mad Men star adopts a flat affect for this otherwise great franchise reboot. In fairness to her, the character she’s playing – mutant henchwoman Emma Frost – is written as quippy arm candy and absolutely nothing more, but Jones seems painfully uninterested all the same.

First, some caveats. Some of our greatest living actors have been no match for George Lucas’s inability to write good dialogue, and Hamill got infinitely better as an actor as he aged. In those first three Star Wars movies, he’s also playing off Harrison Ford and Carrie Fisher, two of the most charismatic actors in film history. All that said, he’s still not very good in the original 1977 Star Wars, playing Luke Skywalker like he’s a bratty 10-year-old. That may have been the point, but it’s still frustrating.

Keira Knightley is to Bend It Like Beckham what Mark Hamill is to Star Wars: an actor who would blossom with age, but whose fresh-faced weaknesses are on full display in their first big film. Playing a young footballer, Knightley is distractingly wooden. She also agreed, admitting years later that she didn’t think she was very good in it.

Many may think Grant’s inclusion in this list a travesty, both because he’s Hugh Grant and/or because Love Actually isn’t very good anyway – these people are wrong. But the actor is an unexpected weak link in an otherwise well-performed movie. On paper, he should work as the British PM, but there is a self-conscious, slightly withdrawn quality to his performance here, as if he didn’t particularly want to be there. Even his memorable Downing Street dance sequence seems as if it’s been filmed at gunpoint.

Sunny, glamorous (and now retired) Cameron Diaz was always being cast against-type, notably as John Cusack’s tragicomic, frizzy-haired wife in Being John Malkovich. Every once in a while, though, against-type veered into “horribly miscast”. Take Gangs of New York, in which she played an Irish pickpocket and the film’s love interest for Leonardo DiCaprio. Even beyond the bad accent, Diaz is only really there so this Martin Scorsese epic could have another A-list name on its poster.

There’s an argument to be made that O’Neal’s blank-faced miscasting here is the point, or a rare instance of a void at the centre of a movie actually working in the film’s favour. But that might be giving even the great Stanley Kubrick a bit too much credit. Forced to cast him after Robert Redford passed on the opportunity, Kubrick seems to paint around O’Neal – this is an eye-wateringly gorgeous epic full of wit and charm, if hamstrung by its vacant lead.

Even in a movie featuring cameos from George Clooney, Woody Harrelson and John C Reilly, John Travolta is somehow too famous for it. He only has a few minutes on-screen, playing a military general, but he seems so out of step with the film’s more ethereal rhythms that it can’t help but throw off the movie.

A persistent cameo player in many of his movies – and other people’s – Tarantino is always a bit distracting, but his presence in Django Unchained takes the cake. He only has a few unfortunate lines of dialogue – including the regretful “Shut up, black!” – and also speaks in a horrid Australian accent. Thankfully, Jamie Foxx’s Django blows him up soon after his arrival, saving us all in the process.

Russell Crowe can’t sing, which doesn’t help when he’s been cast in a film adaptation of Les Mis. But he also seems uncomfortable in the film, struggling to project beneath a tiny blue hat. His dreadful singing recalls Pierce Brosnan in Mamma Mia! Except where Brosnan’s unique timbre added to that film’s rinky-dink charm, Crowe’s boorish growl seems misplaced here, particularly when his co-stars are all at the top of their game.

Buried in the Blade Runner sequel is Leto’s overcooked performance as the film’s villain. He’s problematic in part due to the film’s script, which saddles him with hammy monologues and far too many opportunities to chew the scenery, but Leto is generally unbearable here in any case. In the most Jared Leto sentence imaginable, he also partially blinded himself to play the character, choosing to wear blurry contact lenses that diminished his sight. All that exhausting effort is seen on screen, to the film’s detriment.

Isn’t it annoying when an otherwise perfect movie is infested with outrageous racism? More than just a dubious performance wrecking things, Breakfast at Tiffany’s is undermined by Mickey Rooney’s abhorrent caricature of an Asian person that is tragic even by 1961 standards. Wearing fake tan and a pair of buck teeth – along with tape to change the shape of his eyes – Rooney destroys the film single-handed. 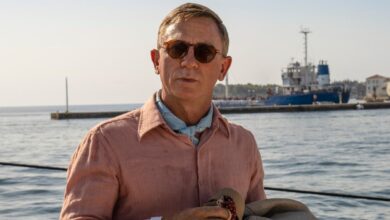 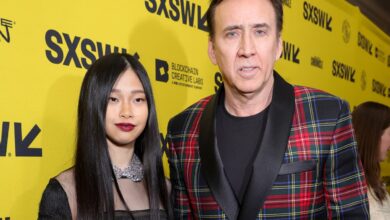