The infection has hit the NHS during its busiest period time, with pharmacies struggling with localised shortages of antibiotics – leaving parents struggling to find medicine for their sick children.

NHS trust directors and doctors have warned of A&Es overflowing with children attending with winter viruses such as flu, RSV and now Strep A.

It comes as A&Es in England saw record delays with one-third of patients waiting more than four hours to be seen, while NHS 111 services saw a spike in calls last weekend.

Dr Adrian Boyle, president of the Royal College of Emergency Medicine, said: “There is significant pressure in our paediatric departments, and it’s not just worried parents with Strep, its persistent problems that we’ve got with RSV and flu.

“We think we’re seeing a doubling of paediatric attendances, part of the problem is group A Strep does require some face to face consultation.”

He confirmed the college had received reports of children waiting for more than 15 hours in A&E adding “the whole system dealing with newly sick children is under enormous pressure.”

Dr Boyle also warned the situation made it harder to control infections.

Have you been impacted by this story? email rebecca.thomas@independent.co.uk

Doctors across the country have warned record highs of children in A&E in the last two days, one trust director said their A&E had 50 per cent more than we have physical space to seat people so had to use an “overflow” area.

Rachel Curtis, from Northumberland, told The Independent she was “terrified” of her clinically-vulnerable daughter becoming ill after it took 20 hours to obtain prescribed antibiotics, with NHS 111 and walk-in services turning her away.

She described her experience trying to find care for Betsy, who is five and has a history of long-term lung conditions linked to Down syndrome, as “horrendous”.

Ms Curtis said that, after calling 999 on Sunday, she could not get an ambulance for an hour and a half and so drove Betsy to A&E ion Newcastle where she was “shocked” to see the department “rammed” with “kids sitting on the floor.”

“I knew the NHS was in a really bad way, but I was really shocked to see the state of the A&E,” she said. “Then actually [not] being able to speak to anyone about the antibiotics.”

New data from the UK Health Security Agency (UKHSA) shows 15 children under the age of 15 have died in the UK since September, and there have been 652 reports of invasive Strep disease, higher than at the same points over the last five years.

The UKHSA says the last time there was a significant number of cases was in the 2017/18 season when there were 27 deaths in children under 18 in England and 328 adult deaths.

Healthcare sources told The Independent they fear the Strep A wave has come at the worst time for the NHS with previous waves lasting four to eight weeks.

New data published by the NHS on Thursday show a spike in the number of people abandoning NHS 111 calls, as services experienced rocketing demand.

NHS England has warned healthcare providers news over Strep A has driven additional pressures for emergency, NHS 111 and GP services.

‘Apocalyptic’ A&E waits that could be driving 1,000 patient deaths a month revealed 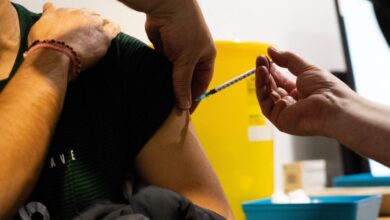 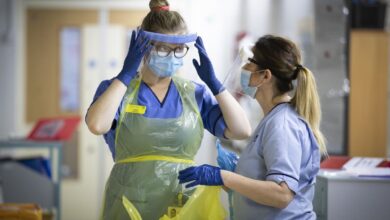