Sigrid – It Gets Dark

“Dark” isn’t a word you’d associate with Sigrid. The Norwegian artist was at the vanguard of the Scandipop boom of 2017, her songs relentlessly energetic. But now the piano chords have slipped from major to minor. The bass lines hover ominously like storm clouds. And Sigrid is showing a different side of herself.

She’s ruthless on the Eighties-indebted single “Burning Bridges”, cruising along a shimmering synth line: “I could tell you the truth but you’d call me a liar/ Tried to wave a white flag but you set it on fire.” On the sombre “Last to Know” she sings in a vulnerable falsetto, regretting the hurt she’s about to cause someone. There’s a flutter of Kylie disco on “A Driver Saved My Life”, while “Mistake Like You” ramps up the weepy pop ballad vibes with a Hammond organ and some delightfully cheesy electric guitar licks.

Other songs feel a touch too familiar. When she interpolates Pachelbel’s Canon for the piano intro and then the riff on “Thank Me Later”, you wonder if she’s gently mocking pop’s formulaic nature – as one of its former outliers – or leaning into it. The lyrics on Bring Me the Horizon collaboration “Bad Life” veer back into the on-the-nose style of her 2019 debut, Sucker Punch. But overall Sigrid achieves exactly what she’s set out to do: add some grit to her previously pristine pop.

“Where did all our hopes go?” Marc Almond mourns on the opener to Soft Cell’s new album, Happiness Not Included. “All our naive dreams go?/ Were they just science-fiction stories?” The synth-pop duo were hardly upbeat to begin with, but this is downright miserable.

They have good reason to be, though. As Almond notes: what was once a glittering future of a 21st century filled with rocket ships and flying cars has now lost its shine. He prays for a “nostalgia machine” that will yank him out of the cursed reality in which he now finds himself. After “bowing out” with a string of farewell shows in 2018, Soft Cell have returned to a landscape that’s almost certainly worse than when they left it.

Still, it’s not all hopeless – at least the music is good. “Nighthawks” begins with Almond’s rasping animal cry, then a sleazy growl delivered over juddering beats: “Get it, shoot it, f*** it, lick it, love it all.” Piano notes toll like funeral bells on “I’m Not a Friend of God” – the same bells return, more jubilant this time, for the zombie thrills of “Tranquiliser”. Then it’s time to set sail again on “New Eden”, without a backward glance. You can hardly blame them. 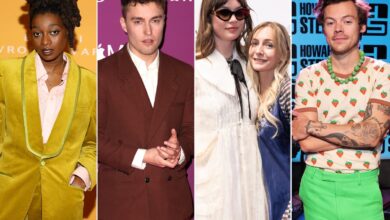 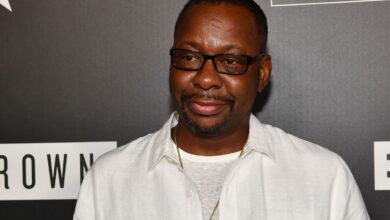