Blonde, the new Netflix film from Andrew Dominik, adds as much nuance to the idea of Marilyn Monroe as can be gleaned from a gynaecological exam. The bombshell movie star has long been established as a tragic figure, a woman who was abused by Hollywood studios, her husband Joe DiMaggio and, as a child, her unwell mother. Rather than challenge the conventional narrative, director Dominik’s nightmarish film, adapted from Joyce Carol Oates’s fictionalised 2000 novel, takes it somewhere even darker and even more invasive. If you want to understand Marilyn Monroe, it suggests, first you have to get inside her uterus.

This grim drama takes us into the previously unexplored depths of Marilyn Monroe’s vagina several times across its astonishing 2-hour-45-minute runtime. I won’t “spoil” them all, but in the film’s first hour, we watch Monroe, played with distressing frailty by Ana de Armas, excitedly clutch her belly as the camera cuts to her glowing womb – complete with a spectrally backlit foetus. A few scenes later, we follow Marilyn onto the operating table, where doctors perform an abortion she hasn’t consented to. “Please, won’t you listen? I’ve changed my mind,” she begs, as her doctor inserts the speculum – a procedure that’s gruesomely depicted head-on, from the point of view of Marilyn’s own cervix.

Dominik is insistent on his film’s animating principle, which itself feels derivative of that famous Rita Hayworth line about her most iconic and alluring movie role: “Men go to bed with Gilda and wake up with me.” In Blonde, sycophants and bigwigs hoping to get a piece of the Hollywood starlet instead find a more timid, desperate woman called Norma Jeane, who just happens to look identical to Marilyn Monroe. That might be interesting as a passing observation, but the movie makes this point over and over again. “She’s pretty, but she isn’t me,” Norma Jeane says, looking at a glamorous photo of herself in a magazine. “F*** Marilyn,” Norma Jeane later screams into the phone. “She’s not here.”

If Dominik’s point is that Marilyn is an invention – “baby’s first plaything”, one of her lovers notes cryptically – then maybe these scenes of excruciating body horror are the director’s sadistic means of reminding us that she’s more than her two-dimensional projection. If you subject Marilyn Monroe to the duress of an unwanted abortion, does she not scream in wordless agony? And if Norma Jeane becomes pregnant again years later, does her unborn foetus not acquire the capability for human speech?

I promise you, you read that right. In one of the film’s most disturbing bodily sequences, Marilyn’s surprisingly chatty foetus – which somehow also possesses knowledge of her previous abortion – pleads with its host to let this pregnancy proceed. It’s not just “alive” in the eyes of Blonde, it has a will. Marilyn can hear it. She responds to it aloud as though they’re in conversation. I had to watch this scene several times to be sure I wasn’t hallucinating, but no – right in the middle of Blonde, there’s a deranged Look Who’s Talking prequel.

As a matter of politics, these scenes of a woman burdened with years of abortion regret are highly controversial. As a mode of storytelling, they’re entirely alienating. Marilyn Monroe never seems less real to me than when she’s cheerfully dialoguing with the unborn child in her fantastically radiant womb. Am I to believe all movie stars are spotlit from the inside?

Marilyn also never feels more like a Hollywood plaything than when Dominik is subjecting her to gory sexual and medical violence, probing her literally, and barbarically depicting what it feels like to be one of the 20th century’s most famous women from the inside out. Blonde isn’t a movie about Marilyn Monroe’s exploitation, but a new low watermark in Hollywood’s treatment of her – a sex object reduced to a sex organ.

Bruce Willis: Latest tributes after family says actor is ‘stepping away’ from acting due to aphasia diagnosis 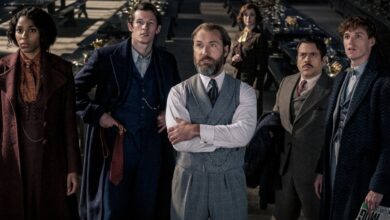 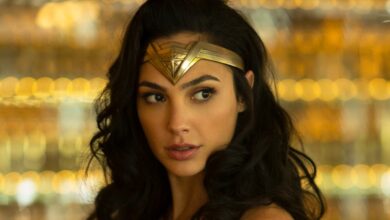