An American mother-of-four has been killed in a mass shooting that left 20 people dead and several more injured at a cockfight venue in Mexico.

Melissa Silva, 36, died on Sunday night when gunmen stormed into the El Paraiso venue in the town of Las Tinajas, Michoacan state, and opened fire.

Ms Silva, who grew up in a Chicago suburb but lived in California, was on holiday visiting family in Mexico at the time and had gone to an event with her 16-year-old sister Arleth Silva.

Arleth was also shot twice in the leg and once in the lung during the ambush but survived.

Her family said she remains in a critical condition in the ICU.

The massacre unfolded at around 10:30pm on Sunday in the town rocked by violence between rival drug cartels.

Mexican officials said that gunmen dressed in military gear entered the packed venue with machine guns and shot into the crowd in what appeared to be a choreographed attack.

Mexican officials said that 19 people – 16 men and three women – died at the scene, with a 20th victim dying on the way to a hospital.

Over 100 shell casings were found at the scene and local police seized 15 vehicles, including a Sabritas branded truck that was used to block the roads leading out of the cockfighting venue.

The office of Michoacan’s secretary of public security vowed to capture “those responsible for the violent acts”.

Ms Silva’s brother Alex Silva told CBS Chicago that a friend in the area called him on Sunday night saying that they had heard gunshots coming from the venue that his sisters were at.

“Two minutes later, my mom calls me that she had just arrived to the place and she saw my oldest sister laying on the floor,” he said.

He said it looked like his younger sister was then also shot when “she was trying to walk or go help my older sister”.

Mr Silva said he “went crazy for a couple of minutes” when he heard his sister was dead, saying “I couldn’t believe it”.

He flew out to Mexico where Ms Silva will be buried.

He paid tribute to the 36-year-old as a “hardworking” single mother who did everything for her children.

“She provided for her kids – anything they needed. She’d give them anything,” he said.

Family members said on a GoFundMe page set up to help pay for Ms Silva’s funeral and Arleth’s hospital bills that Ms Silva leaves behind four children, three of them aged under 18 – 17, 12 and 10.

More than $13,000 in donations had been raised by Thursday morning. 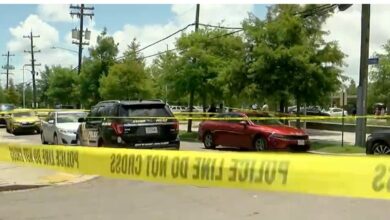 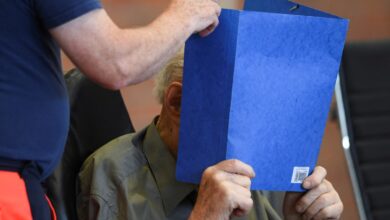