When the former Liverpool striker Ian St John passed away just over a year ago, tributes poured in for a player whose goals and aggression had altered the course English football history forever. As one of the greatest players of the Bill Shankly era, St. John is remembered with enormous fondness by fans of the Reds and beyond, but the vast majority of people who were shook by St John’s death were moved not by his career as a sportsman, but as a television personality.

After retiring from the game, St John forged an enormously successful career in media, most notably presenting alongside Jimmy Greaves on ITV’s immensely popular Saint and Greavsie programme in the 1980s and 1990s, as well as on the airwaves with Radio City in Liverpool until shortly before his death. St John’s warmth, humour, and vibrancy endeared him to a new generation of sports fans and saw him conquer an entirely different industry which he never formally trained for or set out to work in.

The transition from professional athlete to full-time broadcaster is notoriously difficult, as anybody who has ever seen the chastening appraisals and downright abuse dished out online to former footballers based on their nervous energy or safety-first punditry on Sky Sports or Match of the Day will know.

To be an elite level sports professional is of course extremely impressive in itself, but to operate at an even higher level in broadcasting afterwards in an unplanned post-career takes a special combination of expertise, intellect, and sheer showmanship which few can claim to possess. Nobody in the history of British sports broadcasting has mastered that mixture better than Formula One commentator and national treasure Martin Brundle, whose pre-race Miami Grand Prix grid walk on Sunday evening was 24-carat gold.

Almost three decades ago, after an F1 career which saw him race for the likes of Benetton and McLaren, Brundle joined the BBC’s television coverage of the top tier of motorsport. In subsequent spells with ITV and latterly Sky Sports, Brundle’s traditional grid walks have seen him pacing around the start-finish straight in the minutes before a grand prix, frantically scrambling for drivers, team principals and celebrities to give him a final word before the action begins.

Typically these segments pass without pomp or folly. Frontrunning drivers give Brundle all the clichés about wanting to start quickly, disappointed qualifiers shake their heads and scoff, and famous faces covered by gigantic Ray-Ban shades bat him away, irritated by Brundle’s pestering, as though he is some sort of buzzing bluebottle carrying a microphone and earpiece in its wings.

From time to time, though, Brundle stumbles onto a level of comedy and chaos that renders his notorious segment the kind of genuinely must-see television which is decreasingly common in the modern day media landscape. Among the hundreds which have come before, Miami on Sunday was arguably Brundle’s finest hour.

This was the inaugural Grand Prix held in the Floridian city, and celebrities spilled into every crevice of the grid like popcorn on the cinema floor as the temperature neared 40C. Brundle’s goal was to talk to as many of them as possible while entertaining his audience, and my word, did he deliver.

First up was Venus Williams, who gave Brundle some mild platitudes about enjoying the race during a slow-paced walk-and-talk, at the end of which Brundle simply held the microphone up to the tennis star’s face for what felt like an entirety as an hilariously awkward silence encompassed the pair and the entire grid. In an instant, the ferocious party atmosphere which the Miami organisers had spent so many days and so many millions of dollars building up turned into a kind of purgatory where the only things in the world which existed were the bemused Williams, expectant Brundle, and the dangling, hushed microphone.

Next up was the Kansas City Chiefs quarterback Patrick Mahomes, who Brundle had been informed was on the grid and waiting to chat F1. Brundle approached Mahomes with a cheery “Patrick!”, but was surprised by the lack of response before launching into a series of questions. After almost a full 30 seconds of conversation, the penny abruptly dropped.

“It’s not Patrick Mahomes, that’s why he ignored me in the beginning,” Brundle said as he turned slowly towards camera. And it wasn’t. It was instead incoming NBA draft pick Paolo Banchero, who had dutifully gone along with the interview despite knowing full well that Brundle had mistaken him for an entirely different American sports star. “What is your name, sir?”, came Brundle’s equal parts polite and patronising response. “I’m sorry, I thought I was talking to somebody else.”

Brundle subsequently bumped into a grey-haired, loud-shirted gentleman mulling around the grid. Brundle introduced himself and asked the gentleman who he was. “Something of a social media sensation,” came the response. “And modest, too…” was Brundle’s reply, quick-as-a-flash.

At the US Grand Prix in Texas last year, Brundle was infamously pushed away by a member of Megan Thee Stallion’s entourage, after asking the 27-year-old: “Megan… You’re a freestyle rapper, have you got a rap about Formula One for us today?”

On the grid, Brundle is simultaneously more at home than anywhere else in the world, and often completely out of step with what is going around him. Nobody knows these cars, these people, this industry, better than a man who has been in its inner circle since the early 1980s. And yet so many of the stars bamboozle him, knock him off-kilter, in a way which keeps not only the man himself but also the entire audience on its toes.

What makes these grid walks such a joy is that they come a matter of moments before the start of a thrilling sporting event, combining incredible athleticism with stupefying engineering. Brundle’s grid walk completely undercuts the seriousness and the bombast of elite level of sport and reminds us all that this thing is supposed to be fun, a laugh, a distraction from the day-to-day.

So much contemporary sports coverage takes itself so relentlessly seriously, in an effort to market itself as vitally important to people’s lives, to convince its target audience that its sheer gravitas renders it impossible to miss out on, and that therefore you simply must part with your hard-earned cash. The intense thrashing of orchestral music, slow-mo montages and stern besuited men which seem to take up every second of Sky Sports’ Premier League broadcasting make it perhaps the most evident example of the de-funification of sport at the top level.

None of this its to say that Brundle is some sort of court jester sent to out to make the punters chuckle before the real business begins. Far from it. The 62-year-old is the most knowledgeable pundit and co-commentator on television, explaining complex technical and aerodynamic concepts to an audience with increasingly younger and newer viewers in layman’s terms while telling the story of the race with a great vocabulary and use of metaphor.

He does the grid walk and then bang, the formation lap begins, and Brundle is talking through millions of viewers which driver is on which tyre, how that may affect race strategies further down the line, and describing the intricacies of the track conditions and the impact they could have on racing.

It is this mix of information and entertainment which, essentially, everybody you see on television is ultimately striving to deliver to you. It is what St John did so brilliantly, and what makes Brundle such a delight. 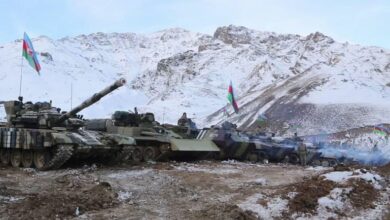 Positions of the Azerbaijani Armed Forces in Kalbajar were shelledSocial 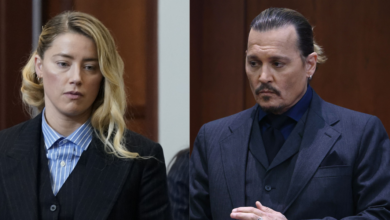 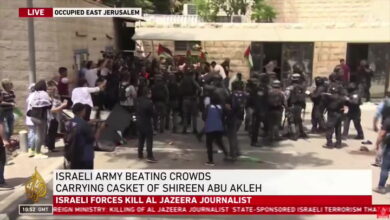 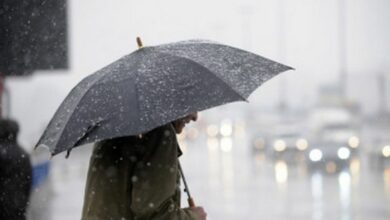 The air temperature will drop by 5-8 degreesSocial