In the Seventies and Eighties, there was no one else quite like Jim and Tammy Faye Bakker. The married TV evangelists – co-hosts of US religious talk show The PTL Club for 13 lucrative years – were pioneers of religious razzmatazz. “They were the first reality TV show family,” says Andrew Garfield, adding breathlessly: “They were the first people to use their lives in a performative way, and monetise it, and welcome people into their living rooms and their linen closets, and introduce their children when they were born, and announce the births on air.”

The British actor, 38, stars as Jim Bakker in Michael Showalter’s new film The Eyes of Tammy Faye, alongside a remarkable Jessica Chastain as his wife. Tracing their heady rise, we then see their spectacular fall after Jim becomes mired in financial and sexual scandals. It’s a helter-skelter ride, with the actors steering their characters across three decades. Chastain’s transformation from fresh-faced Bible student to the heavily made-up Faye in her fifties will get all the attention – she’s already won Best Actress at the San Sebastian Film Festival – but Garfield’s turn is just as on-the-money.

“I’m definitely morbidly fascinated by the psyche of a person who can look down the barrel of a lens, live on TV, and say, ‘God will only love you if you give us your money,’” he says when we chat over Zoom. “Ultimately, he just misinterpreted the word ‘prosperity’ in the Bible, because from the original Greek, it meant spiritual prosperity, which, as we know, is kind of the antithesis of material prosperity. But he just happened to miss that little detail – and created an empire and a whole movement based on the idea that God wants us to be rich and have nice things.”

If avarice got the better of Bakker, he was also undone by ambition. Plans were put in place for Heritage Park, a sort of Christian Disneyland with a 500-room hotel complex and state-of-the-art broadcasting facilities. Money was raised via the sale of “lifetime memberships” for $1000 a pop, but the hotel was never built. In 1988, Bakker was indicted on counts of mail fraud, wire fraud and conspiracy. A year later he was found guilty and sent to jail, ultimately serving five years before his release in December 1994.

“He wasn’t out to rip people off. That wasn’t ever his intention,” says Showalter, although Bakker is hardly a figure to be sympathised with. Church secretary Jessica Hahn had accused him of rape back in 1987, and even after leaving prison, he was sucked back into televangelism and controversy when, in 2020, he was forced to settle a lawsuit after falsely claiming that a health supplement could cure Covid-19. As Garfield puts it, this temptation to reboot his brand “led him again into some very, very difficult waters with himself”.

It was two-time Oscar nominee Chastain who first suggested dramatising Tammy’s life. For the past 10 years, she’d been developing a feature script based on the documentary from 2000 by Fenton Bailey and Randy Barbato, also called The Eyes of Tammy Faye. That film traced the life of Faye – “the first lady of religious broadcasting”, as she’s dubbed – from her youth in International Falls, Minnesota, to meeting Bakker at North Central Bible College and into their years of television stardom and, ultimately, infamy. The 51-year-old Showalter, who previously scored a movie hit with comic romance The Big Sick (2017), remembers Jim and Tammy back from their The PTL Club days. “I saw them on television and watched the show and there was a strange fascination [in them]. And found their show very entertaining and [it was] kind of hard to take your eyes off of it… It almost felt like you were watching The Tonight Show or something, a big variety show [with] a big studio audience and live music and guests and interviews and segments.”

With her Diet Coke addiction and swathes of mascara applied like battle armour, Tammy Faye could easily be a cartoon caricature, a figure of fun. “I wasn’t interested in doing the movie that was making fun of her or sending her up,” says Showalter. “We knew going in that part of the story of Tammy Faye was that she was ridiculed for looking that way. In a sense, it was also about finding the beauty in the character and not leaning into the exaggerated qualities.” Like the documentary, the feature shows that Tammy was one of the rare Bible Belters who found time for the gay community and Aids victims.

While Tammy Faye, who died in 2007, will never get to see Garfield and Chastain’s work, she can rest assured that no one’s laughing at her anymore. The way Showalter sees it, The Eyes of Tammy Faye is in keeping with recent documentaries Framing Britney Spears and 15 Minutes of Shame, about the Monica Lewinsky-Bill Clinton scandal. “We’re looking back at women who were cannibalised by the media and treated in a certain way,” he says. The hope is “to kind of humanise” these misunderstood women. “Hopefully, the audience comes away from that and can wonder, where else are we doing that?”

Yet Garfield is concerned by the Bakkers’ influence, recently calling them the “pre-Kardashian Kardashians” in a Variety interview (a topic he is clearly fascinated by). Their preaching of the so-called “prosperity doctrine” has been embraced by the Kardashian family, “the perfect example” of the super-rich using faith as cover for accumulating wealth. “Look at Kanye West, who works with big mega-church, evangelical kind of money-hoarding, capitalist spiritual institutions or religious institutions,” he says. Back in 2019, Kim Kardashian’s estranged musician-husband even instigated his own weekly Christian gospel-infused gathering, known as Sunday Service, part of an elaborate campaign to launch his album Jesus is King.

Garfield feels this hollow spiritualism has “seeped into every aspect of our lives”, notably with the rise of social media. “Young people [are] particularly feeling the need to prove their worth, or to feel a sense of belonging by exposing all of their private thoughts and images and lives through their social media channels and feeling left out if they don’t, feeling not included if they don’t. It’s a kind of epidemic of ‘not enough-ness’ that I think began decades ago that we’re really having to reckon with now, in terms of our ways of valuing ourselves and our ways of valuing each other.” Ironically, the actor feels that The Eyes of Tammy Faye is “the least spiritual film I’ve ever done”. In the past, in Mel Gibson’s wartime movie Hacksaw Ridge, he played a devout Seventh-day Adventist who refused to carry a weapon due to religious beliefs while serving as a combat medic. He was also a Jesuit priest in Martin Scorsese’s Silence. And his next project, Under the Banner of Heaven, is a true-crime story exploring the Mormon faith. “Questions of faith and spirituality… I guess that’s the part of the garden that I’m drawn to most,” he says.

Certainly, Garfield was forced to examine life’s biggest questions during production of The Eyes of Tammy Faye. Before he accepted the job, he discovered that his mother, Lynn, had been diagnosed with cancer. She encouraged him to head to North Carolina to begin filming. He did so, but during the shoot, in late 2019, her condition worsened. Garfield pays tribute to the “generosity” of those on the set. “When I said my mum has just gone into hospice care, and I have to go, they didn’t hesitate. And they shut down production for me. And I still find that deeply moving,” he says.

He returned to England, spending crucial time with his family and mother before she died. “It gave me one of the biggest gifts of my life – I got to be with my mum in the last 10 days of her life. And there’s nothing more vital than that. I would have just gone, ‘I’m going!’ But I was able to go with such love and support from a community of people on this film.” He feels grateful for his “incredible relationship” with his mother. “We left nothing unsaid to each other. We left nothing unspoken.”

Garfield returned to America and the production resumed. “It was hard coming back, I’m not gonna lie, it was really, really hard to come back to shoot,” he admits. “But it was a weird thing because my mum wanted me to. So that was the thing I held onto. She was like, ‘I need to know that you’re out in the world still, I need to know that you’re living.’ She was a pantheist in that way. She was a very, very spiritual person, who found God in all the small things in life, found meaning and miracle in everything. And she wanted to know that I was just going to carry on.” 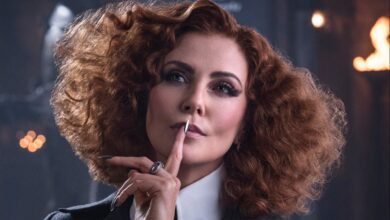 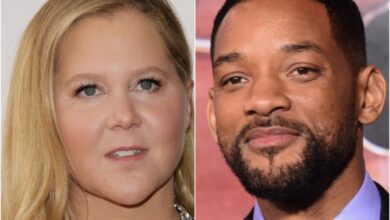 Amy Schumer says she ran her Will Smith joke past the actor before the 2022 Oscars: ‘I’ve been burned too many times’

Paul Verhoeven criticises Daniel Craig’s Bond movies for being sexless: ‘There was always sex in Bond!’