This,” says Andrew Sean Greer, pointing over his shoulder, index finger extended, “is my new book.” He turns to pick up the US version of his new novel, Less Is Lost, the sequel to his 2017 global bestseller, Less. “See,” he adds, holding it aloft, “it’s gold.” Clearly, when an author is the recipient of an award as fancy as the Pulitzer – Less won it in 2018 – the publishers have the budget to be as fancy as they like for their follow-up. It glints as Greer turns it this way and that. “Nice, huh?”

The pride he feels is much deserved: Greer had previously spent two decades as a well-reviewed but never quite bestselling author who had occasion to wonder, at times, “whether I’d ever have another book published again”. He points out that Less had a hard time finding a home and was turned down by 12 UK publishers before one finally took a punt. This is hard to believe, for it was an improbably charming book. It told the story of a hapless middle-aged gay writer, Arthur Less, greedily accepting invitations to any and every literary event around the world in the hope of escaping the complications of his own inner life. “Finally, a comic novel gets a Pulitzer Prize. It’s about time,” went The Washington Post headline reporting Greer’s win. Possessed of a certain melancholy, Less was a serious novel that made you laugh, by turns witty and lyrical, gently skewering the absurdities and artifices of the literary world. Armistead Maupin, Dave Eggers and Ann Patchett are among his fans, and John Updike raved about Greer’s early novels.

“Comic novels don’t normally win the Pulitzer,” he points out, “and so quite why mine won is, luckily, a question I never have to answer. But I did hear from readers all around the world telling me that they felt such joy in reading my book, which was nice.” Suddenly, he’s frowning. “I should warn those readers now that I can’t pull off the same trick twice, so with my new book I didn’t even try.”

This patently isn’t true – in many ways, Less Is Lost is much the same book, or at least a direct continuation, told in the same larkish manner. Following up a hit novel with a sequel is clearly reckless behaviour, and there’s an unwritten law that suggests one shouldn’t even try, and yet here Greer has done just that. He’s not the only one, though: Jennifer Egan recently published a sequel to her Pulitzer winner, A Visit from the Goon Squad, with the somewhat underwhelming The Candy House, while Elizabeth Strout, one of America’s most admired writers, keeps returning to her fictional character Lucy Barton, the third instalment of which, Lucy By The Sea, is published next month, and which might just be Strout’s best book yet.

Nevertheless, the sequel remains a problematical experiment. In Less Is Lost, life for Arthur Less – still the perpetual midlist writer – is actually looking pretty good. Work is OK, he’s just been asked to judge a fancy literary prize, and he’s happily in love with a younger man, Freddy, who narrates the book with an omniscience that belies the fact that much of the narrative takes place away from him. Freddy is absent from the plot because a sudden financial crisis necessitates Less going on another road trip, this one across the US. His journey is both problematical and farcical. As a gay man walking into a bar in Alabama, he’s asking for trouble, and growing a handlebar moustache doesn’t exactly allow him to pass incognito. He’s charged with looking after the wheezing dog of a cantankerous older writer, and struggles to keep control of a campervan nicknamed Rosina. Occasionally, he is mistaken for a Dutch man; at other times for another writer with the same name, except that the other Arthur Less happens to be Black. Ultimately, Less has a hard time fitting in anywhere.

“My agent told me specifically not to write a sequel,” Greer says. “So at first I started another book entirely, a sort of American Don Quixote. I planned it all out, went on to a writers’ retreat and wrote 100 pages, but it was terrible: I couldn’t find my way into the story, couldn’t make the characters work.”

And so he scrapped it, and returned to two characters of whom he was already especially fond: Arthur and Freddy. “I was worried initially, but then [the writer] Michael Chabon told me that I should write whatever I wanted to, and so I did.

“Besides,” he adds, “I still don’t feel like this important, prize-winning author. I’m just a guy who happened to win the Pulitzer, that’s all.”

Greer, 51, was born and raised in Maryland, and these days divides his time between San Francisco and Milan, where he lives with his Italian partner, “about 30 minutes from the duomo”. He became a writer, he suggests, because he wasn’t capable of doing anything else. “I wasn’t clever enough for academia, or good enough to become a writer for TV or magazines. I don’t even think I’m a particularly good storyteller, but I have studied storytelling. I also happen to be a sensitive person. I pay attention to the world around me, which is painful at times, but it helps as a writer because I can then write down what other people don’t notice.”

His novels have always been critically praised, and at least two from his back catalogue were particularly good: 2004’s The Confessions of Max Tivoli, which read like a Victorian equivalent of the Benjamin Button story about a man ageing backwards, and 2008’s The Story of a Marriage, a forensic look at a husband and wife whose union is steadily coming unstitched. Irrespective of how well he writes, however, he finds the actual process a perpetual struggle. “I’d start a book thinking I was going to write an 800-page epic, but then after 300 pages find I’d have to cut 250 of them,” he says. “If you ask my partner, who was with me during the pandemic while I was writing Less Is Lost, he would say that, yes, there is always a lot of drama when I write.”

Friends have told him that it wasn’t until he created the character of Arthur Less, as seen through the lens of his lover Freddy, that they recognised Greer’s true voice on the page. “It’s me, I guess,” he shrugs. He says that he wrote both books as a reaction to Trump winning the election in 2016. “I wanted to write about the America that I didn’t understand any more, and I wanted to write about the horror at the heart of my country.”

But he does so with zinging humour. Why?

“I didn’t want to be mean, and I don’t think I could have done it seriously. I’m too sentimental; I know my weaknesses. The way I deal with anxiety is to find the humour in it, to be funny.”

And in this way, he found a major readership at last, midlist no more. Success has allowed Greer to relax a little, to unclench, but not quite to gloat, not yet. He’s a big deal only in a very small world, he insists. “If I tell people in Italy I’m a writer, their eyes light up, they tell me that the police won’t give me a ticket if I get stopped. But in America, it’s not the centre of culture. People’s eyes just glaze over, even if I mention that I won the Pulitzer. It’s like I won a hamburger, or something.”

Still, the accolade has made him happy, and secure. He appreciates it.

“It’s nice knowing I can pay the rent now, and it’s nice that my anxieties have faded a little bit,” he says. “From now on, I hope, it’s going to be a fun ride.”

‘Less Is Lost’ is published on 22 September

Gabrielle Zevin: ‘We have a very white, male idea of the “capital G” gamer’ 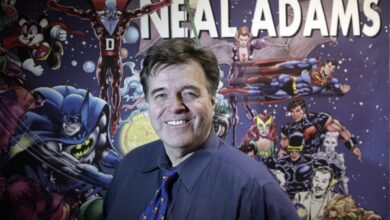 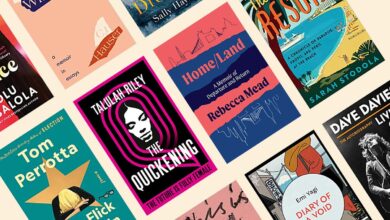 The best books to read this summer, from Ottessa Moshfegh to Gabrielle Zevin