Anna Sorokin – better known as Anna Delvey – has been thrust into the spotlight once again following the release of Shonda Rhimes’ Netflix series about her life, Inventing Anna.

The show chronicles the crimes committed by Sorokin between 2013 and 2017, when she pretended to be a wealthy German heiress to defraud banks and acquaintances of hundreds of thousands of dollars.

The fake socialite was released from prison in February 2021, but was taken back into custody about a month later by Immigration and Customs Enforcement (ICE) for overstaying her visa. She has remained in ICE custody since then.

Despite still being held in jail, Sorokin has kept a very close eye on her public image from the detention centre. She appears to have regular access to her Instagram account, @theannadelvey, which she has updated since the series launched on Friday 11 February.

Ahead of the show’s release, Sorokin wrote about prison life in an essay for Insider, in which she claims to be the only woman in ICE custody in Orange County Correctional Facility in upstate New York.

“Tell me I’m special without telling me I’m special,” she wrote. Sorokin posted a screenshot of the article’s headline on 2 February, her first post on the account since March 2021.

The con artist’s social media account on the platform has been active since December 2013, when she made her first post from Paris.

This correlates with the time she spent in the city as an intern for French fashion magazine Purple, before she moved to New York. All her posts until 2017 chart her life of luxury, with photographs of expensive meals, shopping sprees, selfies and holiday trips filling the feed.

But they come to an abrupt stop after August 2017. By October that same year, Sorokin had been arrested and charged with grand larceny and theft.

The account goes silent for three years, until March 2020 when Sorokin suddenly posts a digital illustration of a blonde woman being carried by a black, featureless figure and a message bubble with the words: “But I’m too pretty to go to jail!”

From there, Sorokin’s account was revived with regular postings of illustrations she appeared to have drawn herself as well references to her personal website, annadelveydiaries.com. However, the website is no longer available.

One of her first tweets after being released was: “Looking for a boyfriend.”

Her Twitter account is still live, but Sorokin has not posted anything since 14 March 2021, when she wrote: “Am I really stuck in this self-imposed prison of characterisation?”

However, her Instagram activity has continued, with Sorokin posting snaps from her day-to-day life post-prison and updating followers about new interviews and projects she has participated in.

But she goes quiet again after 23 March 2021, after she was taken into ICE custody. In her Insider essay, Sorokin claims that her visa overstay was “unintentional and largely out of my control”.

She wrote: “I served my prison sentence, but I’m appealing my criminal conviction to clear my name. I did not break a single one of New York state’s or ICE’s parole rules. Despite all that, I’ve yet to be given a clear and fair path to compliance.”

Her return to the platform and the public eye was welcomed by her fans, which appear to include a few famous faces too. 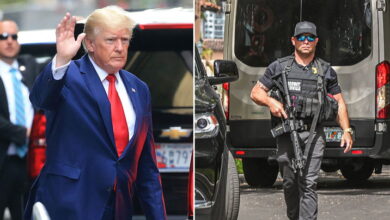 Donald Trump: What happened during the FBI Mar-a-Lago raid? 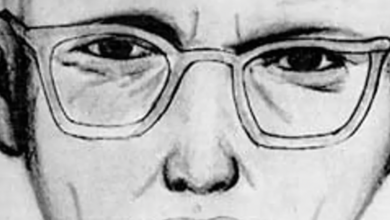 24 creepy Wikipedia pages that will keep you awake at night 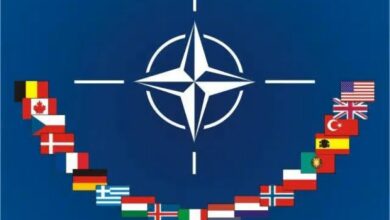