Commonly-prescribed antidepressants can make patients become less sensitive to rewards – affecting a key behavioural learning process that can lead to emotional dullness, according to scientists.

Researchers have found that selective serotonin reuptake inhibitors, or SSRIs, can affect reinforcement learning, which allows people to learn from their actions and their environment.

These drugs work by targeting the body’s “feel-good” chemical known as serotonin, which carries messages between nerve cells in the brain.

A widely-reported SSRI side effects is “blunting”, where patients say they feel emotionally dull and are not able to respond with the same level of enjoyment that they normally would.

The experts said their findings, published in the journal Neuropsychopharmacology, show how serotonin affects reinforcement learning.

Professor Barbara Sahakian, from the department of psychiatry at the University of Cambridge – who is a senior author on the study, said: “Emotional blunting is a common side effect of SSRI antidepressants.

“From our study, we can now see that this is because they become less sensitive to rewards, which provide important feedback.”

The researchers recruited 66 volunteers to take part in the experiment, 32 of whom were given escitalopram while the rest were given a placebo.

All participants completed a comprehensive set of self-report questionnaires after 21 days and were tested on cognitive functions including learning, inhibition, executive function, reinforcement behaviour, and decision-making.

Results indicated that there was reduced reinforcement sensitivity on two tasks for the escitalopram group compared to those on placebo.

Participants taking escitalopram were less likely to use the positive and negative feedback to guide their learning of the task compared with those on placebo, the researchers said.

This suggests that the drug affected their sensitivity to the rewards and their ability to respond accordingly, the team added.

But other experts have warned that patients who are on SSRI medication should not stop taking them based on this research.

Commenting on behalf of the Royal College of Psychiatrists, Professor Carmine Pariante, who was not involved in the study, said: “This is an interesting and well-conducted study in healthy subjects, but it does not change our understanding of antidepressants.

“By reducing negative feelings, antidepressants can help people get better.”

He added that antidepressants are an effective form of treatment for people experiencing depression that has a detrimental impact on their quality of life and where other treatments, such as talking therapies, have not worked.

Professor Pariante said: “Practitioners should always discuss the potential risks and benefits of taking antidepressants with their patients as we know their effectiveness can vary from person to person. 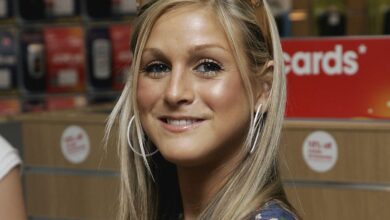 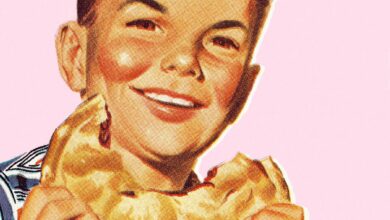 Covid nearly did me in. Then it opened up new realms of pleasure on my taste buds

‘It felt like the buildings were going to eat me’: The famous and their phobias