Arsenal face another tough challenge in the pursuit of the Premier League title as they host Erik ten Hag’s resurgent Manchester United at the Emirates Stadium this afternoon. The Gunners have set a blistering pace and will be on course for a 100-point season should they defeat the Red Devils and hit the halfway stage on 50 points.

Mikel Arteta’s side opened up an eight-point lead at the top of the table after defeating rivals Tottenham Hotspur 2-0 away from home last weekend but that gap has since been cut by Pep Guardiola’s Manchester City who continue to chase down the Gunners. As do Manchester United who defeated City at Old Trafford to join the title conversation though their progress took a stumble in midweek.

The Red Devils looked on course for a sixth consecutive Premier League win when they faced Crystal Palace on Wednesday night, however, Michael Olise swept a brilliant 91st minute free kick past David De Gea to cancel out Bruno Fernandes’ goal and earn Palace a point in a 1-1 draw at Selhurst Park. That said, victory for United this afternoon would blow the title race wide open and with Arsenal still needing to face Man City twice things could get very tricky for Mikel Arteta’s men.

Follow all the action as Arsenal host Man Utd in the Premier League: 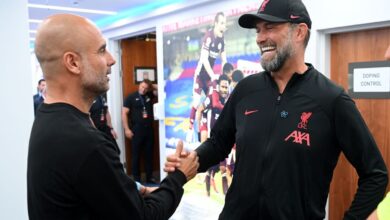 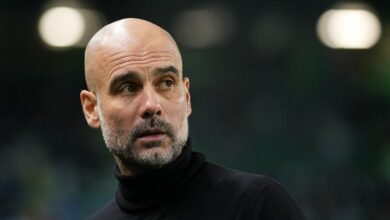 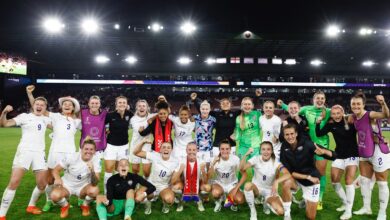