Australia has unlocked its frontiers. After almost two years of near-total closure to tourists, business travellers and family visitors, most of the nation opened to fully vaccinated arrivals from overseas at midnight local time on Monday 21 February.

But with stringent conditions for travellers, and the entire state of Western Australia off limits until next month, will the British rush back to one of their favourite destinations? The travel correspondent of The Independent, Simon Calder, was on the first foreign plane to land in the biggest city, Sydney, after the travel ban was lifted.

In March 2020, as the coronavirus pandemic was taking hold around the world. Like almost every other nation, in a bid to protect its population Australia closed its frontiers to outsiders.

But the travel restrictions imposed by the federal government in Canberra, and state and territory governments, have been far tougher and longer lasting than in most countries.

Even returning citizens found it difficult to get back in – with a strict cap on the rate of repatriation, and mandatory quarantine either in hotels or at a former mining camp in the Northern Territory.

Australians were banned from leaving their own country, and still face restrictions moving between states. But three things combined to bring about the reopening to the world:

But international visitors still can’t go where they like: the largest state, Western Australia, is keeping closed for a further 12 days.

Getting the free “eVisitor” visa for Australia was simple – it took about seven minutes to complete and the same again to be issued.

But everything after that is complex. Even buying a ticket is a tricky business.Unless you’re on one of the rare and rather expensive direct flights on Qantas, you have to work out where you can change planes without triggering the need for extra tests – such as Singapore – or where connecting passengers are banned, as in Hong Kong.

Also, you run the risk that the rules may change suddenly before you go. Accordingly, I bought my ticket on the afternoon before I travelled.

Having booked a flight, your problems are only just beginning. Before travelling to the airport you must sort out the bureaucracy. You will need:

I turned up at Heathrow airport three hours ahead to ensure I had everything in order – and to give me a chance to get an extra Covid test in case there was a detail I had overlooked.

Eleven thousand miles of flying in economy class with a two-hour flight connection along the way is never going to be a source of unremitting pleasure. Wearing a mask is mandatory at all the airports and on board the planes, except when you’re actually eating or drinking. That’s not too much of a pain on a two-hour hop to Spain, but for a 24-hour trip it becomes distinctly uncomfortable.

I travelled via Tokyo; normally I would have loved to stop over for a day or two in the Japanese capital, but that’s not currently a possibility. The transit was extremely efficient and straightforward: they called all the international connecting passengers off the plane first (people who were staying in Japan had to be processed first on the plane)

The flight down from Tokyo was fairly muted, perhaps because of those masks. I didn’t detect many other tourists: the announcement of Australia’s opening was made only two weeks ago, and organising a trip here is usually a fairly long-term process.

The last international flight into Sydney, just before the ban was lifted, was the Qantas flight from London – with returning Australians on board. The first wave once the borders opened were from Tokyo, Vancouver and Los Angeles. Everyone needs a lateral flow test on arrival, and you must quarantine while you wait for the result – but clearly that doesn’t take long.

The tourism authorities have launched a multi-million-dollar campaign to try to entice British visitors back – including giant illuminated ads at Piccadilly Circus in London.

Undoubtedly people with family connections will want to get back to Australia. But the timing is awkward: it’s late summer here in Sydney.

Within a month the southern states of Victoria and Tasmania will be heading into autumn and winter. As a result, many tourists will want to postpone their journeys until the last couple of months of 2022. 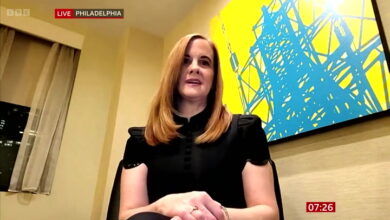 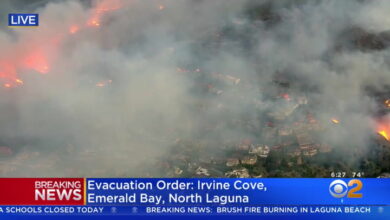 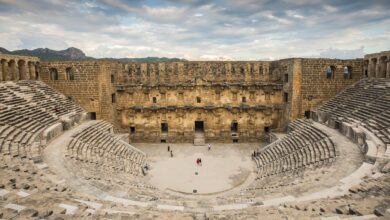