If you’re overwhelmed at work, you might think logging in every weekend or checking your emails as soon as you wake would be a simple way to keep on top of your workload. But for overstretched and anxious staff, it’s a small step from putting in those extra hours to falling into a new, dangerous trap just to get ahead of the game: booking annual leave, then using it to catch up on your office to-do list.

Known as “leavism”, this troubling habit – which can lead to burnout, depression and physical illness – is on a sharp rise since the pandemic. The Chartered Institute for Professional Development’s (CIPD) 2022 report, “Health and Wellbeing at Work”, revealed that 67 per cent of organisations had observed some form of “leavism” taking place in their business. More than three quarters (76 per cent) also reported stress-related absences, a figure that increases to a stunning 90 per cent for larger companies.

According to the CIPD, there is a direct link between staff taking annual leave to work and the high levels of work intensity and stress observed in the UK in the last decade. Head of policy Ben Willmott says the Covid lockdowns only made that situation worse. “Without doubt the shift to home and hybrid working has blurred some of the boundaries between people’s working and home lives. Maybe this can make it harder to switch off,” he explains. “And people can work when they’re supposed to be on leave, which they couldn’t in the past.”

This comes as no surprise to Sasha*, a marketing manager who works for a large UK university. “I have booked time off just to work. I have come back to work after maternity but my workload has doubled,” she says. “I just cannot keep up.”

As well as resorting to “leavism”, Sasha is contracted to work compressed hours but usually finds herself working overtime on her one unpaid day per fortnight. “My boss is unsupportive and I really don’t want to get in trouble or let my team down, especially as I’m flexi-working and having one day off a fortnight. There’s just too much to do. There’s been absolutely no pay rises, and budgets are frozen so I can’t hire freelancers.”

Despite a decade’s experience in her area, Sasha feels she has no power to fight back against the rising tide of expectation. “I worked in tech before and it was never like this. My mental health is terrible and my hair is falling out, and yet the university is meant to be a nice place to work!”

John* is another victim of leavism. He says he booked time off just to work on numerous occasions in a previous role, primarily over the Christmas and New Year breaks. “It involved me working a normal week, then on weekends, and then on days off originally booked for me to recover,” he admits. Eventually he worked so hard he became ill enough to require a hospital visit. “I vowed never to do it again, and to be fair, the business was quite supportive after I needed two to three weeks’ recovery. But from my experience, the culture in the business didn’t, and hasn’t, changed. Since my experience, one of the CEOs had a stroke and the deputy CEO went off with stress. The worst part is this is a company with a big focus on health and wellness.”

John says that after descending into ill health through chronic overwork, he re-evaluated his whole attitude towards work and employment. He now takes pride in knowing his own limits and setting strong boundaries with employers. “There’s so much more to life than work,” he says.

Part of the temptation to take holiday to catch up on work is that it can be invisible to bosses, who remain unaware that their employees are struggling. It’s not just holiday allocation that’s being used to hide chronic overwork. Aisha*, a PR manager currently working in a maternity cover post, has run out of annual leave but has resorted to calling in sick and appearing offline on Microsoft Teams while still secretly catching up on outstanding tasks. “I work for a large charity, and it is always just so overbearing and under-capacity that I feel I need that time when no one is asking me to do stuff, and when I’m not in meetings, to actually get my job done,” she says. “Over the last month I’ve been doing it for a few hours a week, blaming Covid fatigue for going offline.”

Occupational psychologists say there are two reasons why you might fall into the trap of turning to “leavism”: completely unrealistic expectations from bosses, but also finding it difficult to step away from every task and delegate the workload to another team member. This can feel even more difficult to do when working remotely.

Work coach Debbie Denyer says she sees leavism in a large number of her executive coaching clients, particularly those who find it hard to let go. One client told Denyer a recent day’s work had included attending 17 meetings. “They surely don’t need to be in all of them?” she laughs. “[People can be] driven by this belief that they can’t give work to other people. They’ve often got to a point where they can’t make decisions effectively because their brain is so overworked; they’ve not given themselves any time to rest and recover. They start procrastinating, and the time they have got available is less efficient time. Quite often they’re at breaking point; they start to think they’re incapable of doing the job and they need to quit.”

Denyer helps her clients look outside themselves and realise how their thoughts and fears about work can sometimes come at a huge cost to others – particularly colleagues, who may be denied the chance to develop new skills, and families, who feel cast adrift. She offers practical ideas to overworked staff to get their lives back: they can’t find any more hours in the day, but they could definitely be doing different things with those hours (see box below).

But there are other reasons for “leavism” too. Since the Covid lockdowns, hybrid working is now the default for most office-based jobs. While some are enjoying the flexibility, others find that managers are using it as an excuse to perpetuate a 24/7 working culture – another slippery slope towards both presenteeism and leavism. Denyer’s clients show how flexible working has drawbacks as well as many benefits, particularly in businesses where leaders aren’t putting in place careful boundaries about working hours. It’s something the CIPD has been warning businesses and HR bosses about, too.

Willmott says: “It’s not a sustainable phenomenon. If people feel under pressure to adopt leavism, it will have negative impacts for the business but also for individuals. We also know that it is linked to issues around workload and stress.” CIPD research shows that stress and other mental health issues are consistently among the top three causes of absence from work in the UK, which is a sign that something isn’t right in the workplace.

The best way for businesses to tackle the problem is to begin at the top: if managers are sending emails while on a sun lounger in the Med, staff are going to feel pressure to behave in the same way. And if you discover your staff are secretly taking time away to complete their to-do lists, it means far too much is being expected of them. The problem is, the people most likely to resort to leavism are also the least likely to just come out and admit it. As Willmott says: “People will only disclose an issue if they have an effective working relationship with their manager which is based on mutual respect.” It’s a statement that causes a lot of raised eyebrows.

That’s why occupational psychologist Kasia Murphy says staff who take leave to work are the ones who lack something called “psychological safety” at work. If they’re afraid of their boss, unable to switch off, or unable to share their difficulties without retribution, then it leads to overwork and burnout. “It’s very easy to fall into that trap. You do it once, and then it is hard for you not to follow the same [approach],” she says.

That’s something Jessica, an academic, recognises. She is forced to book holiday to work on articles to be published in academic journals in her field of expertise – an essential part of her job description, but one that her manager allows zero time for in the working day. “I am criticised by my head of school for publishing, even though I take leave to do it and my publications will earn money for the department,” she explains. “If you don’t [publish] you won’t progress, and it’s already hard to support a family on an academic salary. It’s had a huge impact on my wellbeing, and I’m being pushed into ‘wellbeing’ mechanisms at work in a threatening way that takes yet more time away from me and damages my wellbeing further.”

Murphy’s advice is to start to do some soul-searching as soon as you notice the temptation to take a working holiday. Make a list of your values and needs at work, and check them against those of the organisation that you’re working for. If they don’t match up, redistributing your workload won’t solve the problem. It’s time to start job hunting.

Work coach Debbie Denyer shares her advice for overworked employees tempted to use up their annual leave just to do more work. 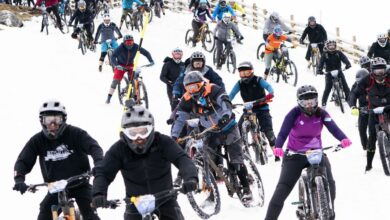 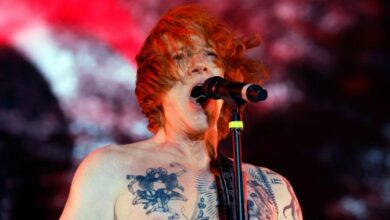