Warner Bros has shelved Batgirl, which featured Michael Keaton’s return as Batman, despite the $90m (£73.7m) film being complete.

The DC film starred Leslie Grace in the lead role of Barbara Gordon, and was set to be released later this year.

Bad Boys for Life directors Adil El Arbi and Bilall Fallah had completed work on the film, which co-starred JK Simmons as Commissioner Jim Gordon and Brendan Fraser as the villain Firefly.

“The decision to not release Batgirl reflects our leadership’s strategic shift as it relates to the DC universe and HBO Max,” a Warner Bros Picture spokesperson said. “Leslie Grace is an incredibly talented actor and this decision is not a reflection of her performance.”

Batgirl has fallen victim to a changing regime at Warner Bros. It was originally made as a HBO Max release, but was reportedly set to be released theatrically.

However, according toThe New York Post, the film has been totally scrapped due to a ballooning budget of more than $100m (£81.9m) as well as negative test screenings – and will no longer be released anywhere. A source called the movie “irredemable”.

The Wrap claims that Warner Bros Discovery bosses, led by David Zaslav, felt that Batgirl wasn’t the theatrical event film they would like their DC films to be as it had been made for a streaming sevice.

It’s also being claimed that Warner Bros is actively hoping to work with the film’s directors and cast on another project.

Keaton was set to reprise the role of Bruce Wayne in the film, having played the role in Tim Burton’s Batman and Batman Returns, respectively.

He also filmed scenes as the character in forthcoming DC film The Flash, the status of which has been thrown into question following recent controversy surrounding its lead star Ezra Miller.

SNL: Jake Gyllenhaal shares ‘realisation’ that made him change career path after starring in Nightcrawler

‘So stoked for this’: Horror fans excited over new slasher with Borat star Maria Bakalova and Pete Davidson 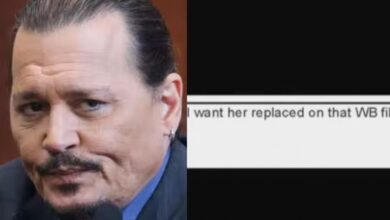 Jordan Peele’s Nope looks incredible on a massive screen – but was filming it for IMAX a huge mistake?