The Potsdamer Platz, the home base of the Berlin Film Festival for the last two decades, has had an eerily quiet feel in recent days. Many shops and restaurants remain boarded up. The 72nd edition of the festival (10-20 February) has been taking place subject to strict Covid regulations. The usual crowds at the premieres haven’t been in evidence. Instead, the only people you’ve seen scurrying around beneath the huge skyscrapers in the complex have been the journalists in their masks. Regardless of their vaccine status, they have all been required to take daily Covid tests in order to attend screenings or press conferences.

The cinemas have been operating at reduced capacity. Hotels are half-empty, too. The parties have been cancelled. Most of the industry events moved online. The result has been a festival very short on the commotion, buzz and glamour normally associated with the Berlinale.

Many of the films have reflected the straitened circumstances in which they were made. Working during the pandemic, directors have narrowed their artistic visions and started turning out chamber pieces – films shot with small crews in safe and confined spaces. During the opening ceremony, competition jury president M Night Shyamalan spoke of “feeding” on the new films he and his fellow jurors would be consuming, but this year’s programme hasn’t exactly been la grande bouffe.

The festival opened with François Ozon’s Peter von Kant, the French director’s reworking of Rainer Werner Fassbinder’s 1972 lesbian classic, The Bitter Tears of Petra von Kant. Ozon’s version, set in the movie world rather than in that of high fashion, takes place almost entirely in the gaudy apartment belonging to director Peter von Kant (played with flamboyance by Denis Ménochet). Clearly based on Fassbinder himself, Peter is a monstrous figure: a self-destructive egotist with an unquenchable appetite for alcohol and drugs. He falls madly in love with a young actor Amir (Khalil Gharbia), who treats him as abominably as Peter himself treats everyone else. The film is clever and witty, full of movie references and in-jokes, but it lacks the emotional viciousness that characterised the Fassbinder original. It felt more like a pastiche than a full-blooded psycho-drama.

It was in keeping with the bad luck that has dogged this year’s Berlinale that the opening night screening was interrupted for technical reasons and that the film’s co-star, Isabelle Adjani, didn’t even make it to Berlin because she was isolating after coming into close contact with someone who tested positive for Covid. Meanwhile, Adjani’s fellow French cinema legend Isabelle Huppert, who had been due to receive a lifetime achievement award, has also stayed at home after she herself tested positive earlier this week.

One filmmaker who did travel to Berlin but then promptly fell ill and cancelled all his interviews was the ageing Italian maestro Dario Argento, now 81. His new film, Dark Glasses, his first in a decade, was an enjoyably perverse and old-fashioned “giallo”, full of gratuitous nudity and violence and with a storyline so absurd, one felt it must have been tongue in cheek. Ilenia Pastorelli stars as a sex worker being hunted by a serial killer in a white van. She is blinded after a car crash caused by her tormentor in which a Chinese couple dies. She promptly adopts their doe-eyed kid. The killer now comes after both of them. Asia Argento, the director’s daughter, is strangely cast as the conscientious social worker who teaches the woman how to deal with the loss of her sight. There’s a guide dog who behaves like Rin Tin Tin some of the time but turns into a ferocious, flesh-devouring, Cujo-like beast during the finale. With its combination of gore, voyeurism and sentimentality, Dark Glasses is wildly overcooked. Its sexual politics belong in another, far more primal era. Nonetheless, Argento’s visual stylishness endures. So does his sense of the macabre. Dark Glasses, which will be released on streaming channel Shudder, was at least lively in its own blood-soaked Grand Guignol way.

Another unlikely crowdpleaser was Ulrich Seidl’s competition entry, Rimini. This is set in the Italian seaside town out of season. Its main character is an ageing, overweight, Barry Manilow-like crooner, Richie Bravo (Michael Thomas), now fallen on hard times. Busloads of tourists still come to his concerts but he is strapped for cash and so now ekes out some extra funds as a gigolo, selling his sexual services to elderly women who remember him when he was in his prime. His daughter, though, is much less forgiving about his shortcomings as a father. Richie is sleazy in the extreme but still has an unlikely boyish innocence. When he sings a corny old love song, he always puts his heart and soul into it. You can’t help rooting for him – and many are tipping either Thomas or Seidl for an award.

The most eccentric film in official selection was surely Peter Strickland’s Flux Gourmet. This is set in an institute of the culinary and alimentary arts, based in a country house in Yorkshire. A formidable-looking Gwendoline Christie plays Jan Stevens, the institute head. The latest artists in residence are a trio (played by Asa Butterfield, Fatma Mohamed and Ariane Labed) who stage performances that involve making music by using food utensils. Some of them also smear a lot of it, along with bodily fluids, over themselves during frenzied dance sequences. Also staying in the dormitory at the institute, chronicling events, is a writer (Makis Papadimitriou) who has terrible flatulence.

The film plays like a cross between a Monty Python sketch and one of Greek director Yorgos Lanthimos’s more surreal satires. Some scenes are disgusting, some are funny in a very deadpan way. The music the trio make with their kitchen instruments is surprisingly powerful. Between performances, Strickland finds time to mediate on such subjects as gluten-free diets and, of course, the links between food and sex. There is also a surprising romance between Christie and Butterfield.

A Berlinale competition entry that both represented an extraordinary artistic achievement and was very hard to watch or make any sense of was Rithy Panh’s Everything Will Be OK. The Oscar-nominated Cambodian-French director is best known for documentaries like The Missing Picture and S21: The Khmer Rouge Death Machine, in which he reflects on his country’s experiences during the Pol Pot era. Here, he is broadening his canvas. The film, which combines animation and newsreel, is a study of evil in all its manifestations. Hitler and Stalin both get a look-in. The director throws in references to Fritz Lang’s Metropolis and Chris Marler’s La Jetée. There is horrific footage of cattle and chicken being slaughtered and some Animal Farm-like scenes involving animated figurines of pigs torturing humans. The visual detail and inventiveness are astonishing, but this is a film without any narrative through-line. It is so abstract and generalised that even its most apocalyptic images just wash over you.

Fire (aka Both Sides of The Blade), another contender for the Berlinale Golden Bear, felt like minor Claire Denis, a love triangle melodrama shot in the French director’s inimitable freewheeling and lyrical way but revisiting themes she has tackled before in more substantial movies. Juliette Binoche is in imperious form as the radio journalist who lives seemingly very happily with one man (a grizzled Vincent Lindon) but who rekindles a relationship with a former lover (Gregoire Colin).

Festival director Carlo Chatrian filled the main programme with heavy-duty art house films, only a few of which are likely to be shown widely in UK cinemas. There wasn’t much in the way of levity. Nor were there many Hollywood pictures. Berlin used to be regarded by the US studios as an excellent place for launching big new movies in Europe. Films like The Big Lebowski, The Thin Red Line, Good Will Hunting and The People vs Larry Flynt were all seen here first. However, this year, the Americans stayed away. A deserted Berlin in the tail end of a pandemic is hardly the place for junketing and photo-calls.

Among the few US films in official selection was The Outfit, the debut feature by Graham Moore (best known as the writer of The Imitation Game). This is a very well-crafted but small-scale mobster drama set in Chicago. It is full of British-based actors, among them Mark Rylance, Johnny Flynn and Simon Russell Beale. Rylance excels as Leonard, the bespoke tailor whose shop has become the main meeting place for the mob.

Taking home the Golden Bear on Wednesday night was Alcarràs, a drama about a family of peach farmers from Catalan filmmaker Carla Simón (Summer 1993). “This award is for the people who cultivate the land,” she said, accepting the prize.

Bucking a trend, the Scandinavians managed to hold a reception at the weekend where guests could actually remove their masks and talk to one another. It was a reminder of what normally defines festivals, namely human interaction. Without it, this year’s Berlinale has been a ghostly experience. It is very churlish to complain, though. Most attendees were happy enough to be there, seeing films on the huge screens in the Berlinale Palast and the CinemaxX. The market, which took place online and physically, has been busier than anticipated. The festival selection may have been smaller than usual but still offered plenty of gems.

In future years, the 72nd Berlinale is bound to be remembered as an anomaly – half a festival rather than a full-blown one. The one opinion that everyone seemed to share is that it has been better to go ahead than it would have been to abandon the physical event and move back into the purgatory of the online world. 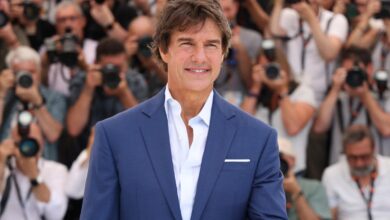 Tom Cruise refused to allow Top Gun sequel to debut on streaming: ‘I make movies for the big screen’ 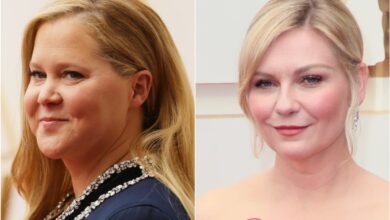 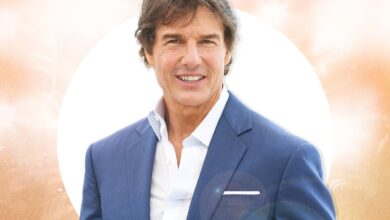