U.S President Joe Biden on Thursday slammed Russia’s Vladimir Putin as a “murderous dictator” and a “pure thug” when speaking before an Irish St. Patrick’s Day lunch on Capitol Hill.

“… Now you have Ireland and Great Britain and, you know, the Republic standing together against a murderous dictator, a pure thug who is waging an immoral war against the people of Ukraine,” Biden said at the annual Friends of Ireland luncheon, TURAN’s Washington correspondent reports.

Earlier in the day, Biden also called out Putin by name. “Putin’s brutality and what he’s doing and his troops are doing in Ukraine is just inhumane,” he said during a virtual meeting with Irish Prime Minister Taoiseach Micheál Martin.

The move comes just a day after Biden said of Putin, “I think he is a war criminal”, something that the Kremlin called “unacceptable and unforgivable”.

White House press secretary Jen Psaki on Thursday dismissed the Kremlin’s attempts to shift blame. “That’s pretty rich coming from a country whose actions are unforgivable in the eyes of the global community,” she told reporters.

“Intentionally targeting civilians is a war crime,” he said at a news briefing. “I find it difficult to conclude that the Russians are doing otherwise.”

Describing the recent attack on Ukrainians waiting in bread lines and the bombing of a theater where children were sheltered, Blinken said the U.S. is helping document potential war crimes for prosecution.

Asked what should happen to Putin if he’s found guilty, Blinken said he won’t get ahead of the investigation, but promised “there will be consequences”.

Blinken also warned that Putin was setting the stage for a chemical weapons attack and “then blame Ukraine to justify escalating its own attacks.”

He further said that Washington believes Russia would bring in mercenaries from private military groups and foreign countries, noting that Putin authorized additional forces for the Middle East and elsewhere.

The Secretary of State also spoke about China, saying that it should use its influence with Putin and “defend the international rules and principles that it professes to support”.

“Instead, it appears that China is moving in the opposite direction by refusing to condemn this aggression while seeking to portray itself as a neutral arbiter. We’re concerned that they’re considering directly assisting Russia with military equipment to use in Ukraine,” he said.

Biden is scheduled to speak with Chinese President Xi Jinping today at 9 am, DC time, TURAN’s correspondent was informed by the White House.

“The two Leaders will discuss managing the competition between the two countries as well as Russia’s war against Ukraine and other issues of mutual concern” – reads the White House statement. 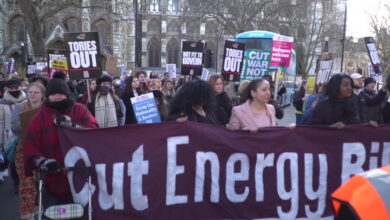