Joe Biden has told American citizens to get out of Ukraine immediately and insisted that US troops will not be involved in any rescue missions if Russia invades.

The president gave his warning during an interview with NBC News as fears that Vladimir Putin will order troops into the country persist.

Anchor Lester Holt asked the president if there was a situation in which he would send in US troops to help Americans trying to flee the country.

“There’s not. That’s a world war when Americans and Russia start shooting at one another.”

And he added: “We’re in a very different world than we’ve ever been.”

An invasion of Ukraine could see Russian tanks on the streets of Kiev within 48-hours, and up to 50,000 civilians killed or wounded within weeks, according to US intelligence agencies.

The State Department warned separately on Thursday that the US “will not be able to evacuate US citizens in the event of Russian military action anywhere in Ukraine”.

Mr Biden told Holt that if Vladimir Putin was “foolish enough to go in, he’s smart enough not to, in fact, do anything that would negatively impact on American citizens”.

Holt asked the president if he had ever told his Russian counterpart that directly.

“You’ve told him that, that Americans will be a line that they can’t cross?” asked Holt.

“I didn’t have to tell him that. I’ve spoken about that. He knows that,” said Mr Biden.

What are thermobaric rockets? New weapon ‘Putin could unleash on Ukraine’ 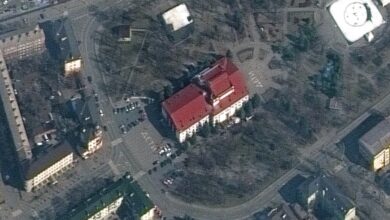 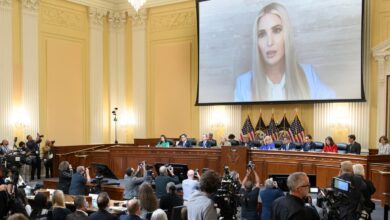