Given the speed at which Big Thief have been releasing albums (seven in the past five years, if you count solo records), by now you’d expect them to sound either manic or exhausted. But this wonderful double album finds the darlings of American indie-folk on a relaxed roll. Despite its long and exotic title – Dragon New Warm Mountain I Believe In You – it has the rich comfort of a yearned-for homecoming, with space to stretch and breathe over 20 tracks.

The mood is set with the easeful strum of opener “Change”, on which Adrianne Lenker sings of being “still/ Like a stone/ Like a hill/ Like home…” The loose-shouldered rattle of James Krivchenia’s drumming has the mellow momentum of: bags dropped, keys in the bowl, shoes kicked off, kettle on. Bump, clatter, clunk, click… breathe.

Home is an idea that Lenker often circles around. The child of young parents, she was the eldest of three kids born into a religious cult in Indianapolis. The family left when she was four. But in 2017 she told Pitchfork that “there was a lot of residual debris – I was coming out of what felt like a cloud of judgement and control for another four years”. The Lenkers travelled around in a van and lived in 14 homes before their daughter was eight. That was the age at which Lenker began writing songs to process her anger. She met Texan guitarist Buck Meek in New York, after studying at Berklee College of Music. The pair began writing songs together, eventually weaving the sounds of Krivchenia and bassist Max Oleartchik into the Big Thief’s rootsy, critically acclaimed 2016 debut, Masterpiece.

In a market saturated with arty folk rockers, Big Thief stand out not by doing things weirder, but by doing them better. Instead of the introspection employed by so many of the genre’s singer-songwriters, Lenker keeps things interesting with the questing outward gaze and quirky lyrical choices. You’re always interested in what she’s going to say next. She’s got a beady-eyed magpie knack for catchy melodies; the band have a playful, earthy ease together. This means that across the span of Dragon New Warm Mountain I Believe In You, they constantly change the sonic texture without any apparent effort. Harp, accordion and scrawling electric guitars all smudge into the grain at various points. The Neil Youngian Americana of “Change” strolls casually into the twangy groove of “Time Escaping”, and on into the fiddle and jaw harp hoedown of “Spud Infinity”, on which Lenker semi-yodels: “Everybody steps on ants/ Everybody eats the plants/ Everybody knows to dance…”

Food references tumble nourishingly throughout the record. The heartbreak of “12,000 Lines” is soothed by “sweet honey” stirred into hot tea. As Meek’s gentle voice joins Lenker for a chorus where she’s “waiting for my woman to call”, the tune swirls warm and golden. “Sparrow” offers a sensuous, biblical description of Eve sucking the juice from the apple. “Dried Roses” sees a microwave turned on, while “Certainty” points out a “crow gnawing on dawn”. There’s a rigour to Lenker’s voice that means folky references to the outdoors – ivy, eagles and spiders – don’t come off as twee. The tech-doubting “Simulation Swarm” observes the “winged created in silken height”, comparing it to the sapping drone of fluorescent lights. There’s wit in the mix too, as Lenker offers to kiss her lover all over “except for your elbows”. Later, she gives garlic bread what must surely be its crunchiest lyrical shout-out of the 21st century.

It may only be February, but I’m pretty sure that Dragon New Warm Mountain I Believe In You is going to be one of my albums of the year. Because few records managed to be this soothing, and interesting too. Lenker and co really want to welcome you into their ideas. As she whispers on “Time Escaping”, “S’easy/ S’music.” Ahhhh… 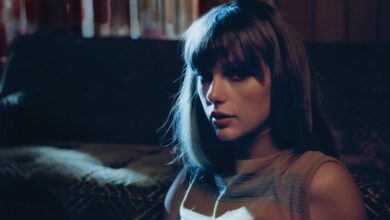 Taylor Swift review, Midnights: Her darkest and most cryptic album yet 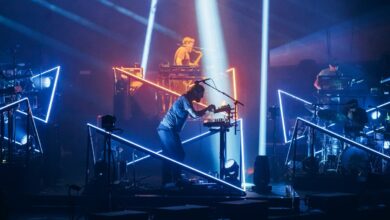 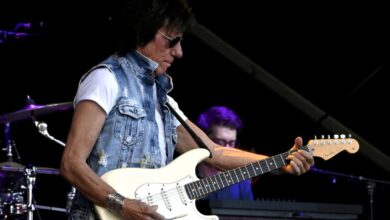 ‘I earnt that s***’: Machine Gun Kelly addresses hostility from the rock community