In May, Andrew Dominik – the director of Blonde, Netflix’s forthcoming biopic of Marilyn Monroe – predicted that the film would “offend everyone”.

A few months on, and he has been proven right.

The film isn’t even out yet (it’s scheduled for release on Netflix on 28 September) but the trailer, featuring No Time to Die and Knives Out star Ana de Armas as the late screen icon, has already divided opinion.

The controversy is, in part, due to the fact that Blonde is the first film produced by Netflix to carry the rarely awarded American NC-17 rating, the US equivalent of an 18 certificate, for its sexual content. Some fans are worried the film might be exploitative.

Here’s a rundown of what people have had to say about the project, from high praise to heavy criticism…

Speaking about how Blonde was originally scheduled to come out in 2020, but was delayed due to the pandemic, Dominik said: “It’s an interesting time for Blonde to come out. If it had come out a few years ago, it would have come out right when MeToo hit and it would have been an expression of all that stuff.

“We’re in a time now, I think, where people are really uncertain about where any lines are. It’s a film that definitely has a morality about it. But it swims in very ambiguous waters because I don’t think it will be as cut-and-dried as people want to see it.

“There’s something in it to offend everyone.”

He has also been quoted as saying: “If the audience doesn’t like it, that’s the f***ing audience’s problem. [The film is] not running for public office.”

Adrien Brody (who stars as Arthur Miller, the revered playwright and husband of Monroe) in the film, similarly predicted that there would be “some controversy” surrounding the film’s release.

The film is an adaptation of a 2000 biographical fiction novel, written by Oates.

Speaking in July after seeing the film, Oates appeared to give the movie her seal of approval.

“Andrew Dominik is a very brilliant director,” she said. “I think he succeeded in showing the experience of Norma Jeane Baker [Monroe’s real name] from her perspective, rather than see it from the outside, the male gaze looking at a woman.

“He immersed himself in her perspective.”

Viewers of the trailer

In July, when the trailer was released, many fans were critical.

“Contacting Marilyn Monroe via ouija board to tell her that my take on the Blonde trailer is the only one with her best interests at heart,” tweeted one person. 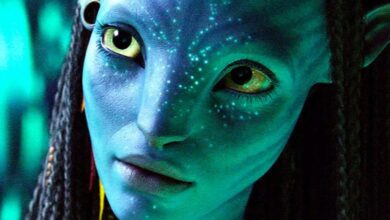