The Northern Research Group (NRG) of Tory MPs had expected the prime minister to be their star guest in Doncaster on Friday, having invited him to talk about his “levelling up” agenda.

But the PM’s trip to Doncaster was cancelled in favour of a visit to Ukraine, as Mr Johnson travelled to Kyiv for talks with president Volodymyr Zelensky.

“It’s really disappointing,” said senior Tory Jake Berry, who is chair of the NRG. “I would have loved for him to come. We were all ready with an oven-ready set of policies … We will make sure he hears everything that’s said today. I’m going to phone him tomorrow.”

Tory MPs were not impressed with the timing of the trip to Kyiv, with one senior NRG figure saying the prime minister had shown “total contempt” for colleagues who had backed him in the recent confidence vote.

A senior NRG source told reporters: “Boris agreed to come and speak to the biggest caucus of Conservatives in the party: this group, who represent his majority and came through for him in the leadership vote.”

Loyal Treasury minister Simon Clarke lashed out at unhappy red-wall MPs, tweeting: “He is literally leading high-level talks with the president of Ukraine … I think people seriously need to check their priorities.”

Mr Johnson also ditched a by-election campaign visit to Wakefield on Friday, despite being warned that his party was likely to lose the West Yorkshire constituency to Labour on 23 June.

The PM was also accused of “hiding away from people” during a recent visit to Tiverton and Honiton, as the Conservatives fight to hold onto the “blue wall” seat in Devon next week.

Ms Hurford – who is fighting to hold off the Lib Dems in the constituency vacated by Neil Parish, who resigned as an MP after being caught watching pornography in the Commons – was asked twice on Friday whether she thinks Mr Johnson is honest, and each time declined to give a direct answer. Instead she said: “Boris Johnson thinks he’s honest.”

Meanwhile, the Tory candidate in Wakefield suggested that voters should trust the Conservatives in the same way people “trust GPs after Harold Shipman”.

Nadeem Ahmed was asked about the damage to the party’s reputation after the constituency’s previous MP, Imran Ahmad Khan, was imprisoned for child sexual assault.

Mr Ahmad told ITV: “The Conservative Party is bigger than one individual. What [Ahmad Khan] did was wrong … He’s had the right punishment, and the people of Wakefield understand that there are bad apples … look at Harold Shipman.” 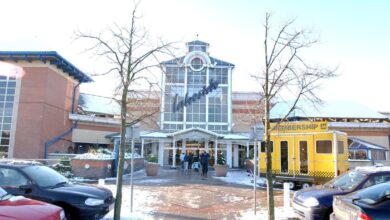