The Northern Ireland secretary insists Boris Johnson will survive the ongoing Partygate scandal to fight and win the next general election as Conservative leader.

Brandon Lewis’s comment came amid growing pressure on the PM – some from his own MPs – to quit if he is fined by police over alleged lockdown-busting parties in Downing Street, with ex-leader Iain Duncan Smith saying it would be “very tough” for him to stay on.

“He has my absolute 100 per cent-plus loyalty,” the cabinet minister said of his boss, adding he had got all “the big decisions right”.

Meanwhile, police have been asked to investigate death threats made against Sir Keir Starmer by right-wing extremists in the wake of the PM’s false claim that he “failed to prosecute” the paedophile Jimmy Savile.

Messages from users of the Telegram app have been sent to police by the Centre for Countering Digital Hate. Among them were calls for the Labour leader and shadow foreign secretary David Lammy to be “executed”. 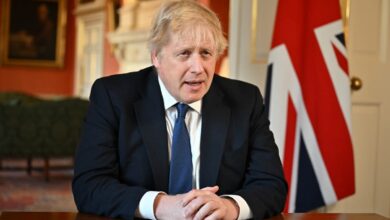 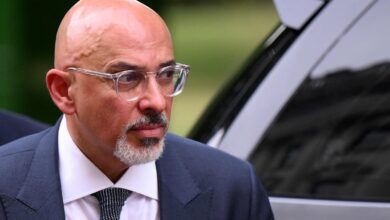