The former permanent secretary at the foreign office Lord McDonald has accused No 10 of “not telling the truth” about allegations received about Chris Pincher’s conduct.

He claimed in a letter to the parliamentary standards commissioner that Boris Johnson was briefed “in person” about an investigation into Chris Pincher’s conduct as a foreign office minister.

“Mr Johnson was briefed in person about the initiation and outcome of the investigation,” Mr McDonald wrote in the letter. “There was a ‘formal complaint.’ Allegations were ‘resolved’ only in the sense that the investigation was completed; Mr Pincher was not exonerated. To characterise the allegations as ‘unsubstantiated’ is therefore wrong,” he added.

It comes as more than 1,000 parliamentary workers — representing two unions — have now written to House of Commons speaker Lindsay Hoyle, urging parliament to take action over the scandal. 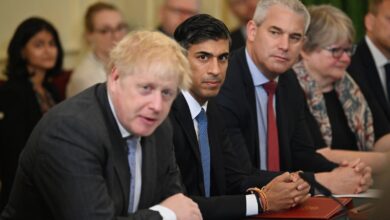