Boris Johnson has said a Russian invasion of Ukraine would represent the “destruction of a democratic state” and would be followed by “a long and hideous period of reprisals and revenge and insurgency”.

In a speech at the Munich security conference on Saturday the prime minister said Europe was on “the brink” of a possible war and was at “a very dangerous moment”.

His comments come as Ukrainian president Volodymyr Zelensky called on the west to drop what he called a policy of “appeasement” of Vladimir Putin’s Russia.

“We have no weapons and no security, but we have a right – a right to demand a shift from a policy of appeasement to one ensuring security and peace,” Mr Zelenskyy told the same conference.

It comes after another dramatic day where Russian separatist leaders in Ukraine have reportedly ordered a full military mobilisation and called up reservists. The US claims Russia is planning to invade the country within days.

Speaking to world leaders on Saturday Mr Johnson warned that the world was at “the eleventh hour” to avert a conflict. He said any invasion would echo out like “a shock” around the world and encourage other countries to resort to military aggression.

Back at home the prime minister faces calls from opposition figures to hold a special extended session of parliament on Monday in order to pass long-promised money laundering controls as part of a promised package of sanctions against the Russian government.

Claiming that Russian plans for an invasion appeared to be “in motion”, Mr Johnson said during a meeting with his Ukrainian counterpart Mr Zelenskyy: “This is a very dangerous moment in our history. We stand on the brink of what could be a war in Europe.

“And I think everybody at this conference wants to stand united in support, and in solidarity with Ukraine.

“And I remember actually, five years ago, I came here to the Munich Security Conference, [and] I said exactly the same thing to your predecessor, or one of your predecessors, and it is more vital than ever. That we, we stand with you.”

Addressing the conference, Mr Johnson told an audience: “It is in our collective interests that Russia should ultimately fail, and should be seen to fail.

“The risk now is that people would draw the conclusion that aggression pays and that might is right. So we should not underestimate the gravity of this moment.”

He added: “After a generation of freedom we are now staring at a generation of bloodshed and misery. I believe Russia would have absolutely nothing to gain from this catastrophic venture and everything to lose.”

Mr Johnson has been among the most vocal world leaders over the Ukraine crisis – a decision that comes as he seeks to move on from domestic anger over alleged lawbreaking in Downing Street during the Covid lockdown.

Russia denies it has plans to attack, but has built up an estimated 150,000 troops on its border with Ukraine. Mr Putin has insisted that large-scale military exercises with Belarusian forces close to the Ukrainian border are “purely defensive” and do not represent a threat to invade.

Mr Johnson has previously called the situation in eastern Europe “very grim” but stressed before his departure to Bavaria that “diplomacy can still prevail” if leaders unite.

European Commission president Ursula von der Leyen told the Munich conference on Saturday that Russia was making a “blatant attempt to rewrite the rules of the international order”. 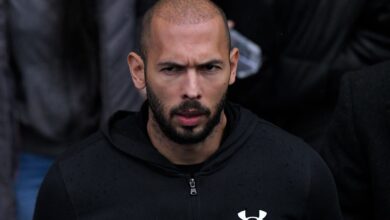