Boris Johnson should recuse himself from involvement in picking the next head of the Metropolitan Police while he is under investigation by the force, a former police chief has said.

The hunt for a new commissioner was triggered by the shock resignation of Dame Cressida Dick on Thursday after London Mayor Sadiq Khan told her she had lost his confidence due to her failure to deal with misogyny and racism in the force.

It came as the Met investigates 12 alleged breaches of coronavirus restrictions in parties and social gatherings at 10 Downing Street and Whitehall departments in 2020 and 2021.

Mr Johnson is among around 50 individuals who have been sent questionnaires by the Scotland Yard team working on Operation Hillman, giving them seven days to provide credible explanations for their involvement in the events or face fines.

There was fury yesterday over comments attributed to an ally of the PM which appeared to suggest that pressure was being put on police to treat Mr Johnson differently from other people accused of breaching Covid rules.

With a poll in The Independent showing that 75 per cent of voters think the PM should step down if issued with a fine, the ally reportedly told The Times: “Do you want the Metropolitan Police deciding who the prime minister is? They have to be very certain.”

Former Metropolitan Police commissioner Ian Blair said that any involvement by the PM in choosing Dame Cressida’s successor would give rise to a “very difficult issue”.

“I think Boris Johnson should recuse himself from being involved,” Lord Blair, who led the force from 2005-08, told the BBC.

“But it’s an enormously important choice and presumably it will take some time to get to being to who the commissioner is, and by that stage presumably he will have filled in his questionnaire and the matter will be over.”

A Downing Street source said: “The appointment of the commissioner is done via fair and open competition and approved by the home secretary. The prime minister has no role in it.”

Mr Johnson is alleged to have attended six events which could potentially have breached social distancing rules, including a “bring your own booze” party in the garden of Downing Street. He faces a fixed penalty of at least £100 if found to have failed to abide by regulations which he introduced.

It is understood that he intends to defend his position vigorously, with reports that he will say he was working in the flat at 11 Downing Street on the evening of 13 November 2020, when wife Carrie is alleged to have hosted an Abba party to celebrate the resignation of aide Dominic Cummings.

In response to Downing Street’s confirmation that Mr Johnson had received a police questionnaire, Mr Cummings tweeted: “Great work Tory MPs leaving this crippled joke of a PM spending next seven days bunkered down with lawyers trying to remember all his different lies while another major global crisis unfolds.”

Meanwhile, the Scottish Conservatives have confirmed that Mr Johnson will address their annual conference in March, despite their leader Douglas Ross having called on him to resign over Partygate.

It is understood he may speak to the Aberdeen gathering by video link.

A Scottish Conservatives spokesperson said: “The Prime Minister will be invited to address party conference, just as has been the case in any other year.”

SNP MP Pete Wishart described the announcement as a “humiliating climbdown for Douglas Ross” which “demonstrates that the Scottish Tory party is nothing more than a branch office under the control of Tory HQ in Westminster”.

Mr Ross was among the Tory MPs who have called on Mr Johnson to resign, with the backing of his parties’ MSPs at Holyrood. 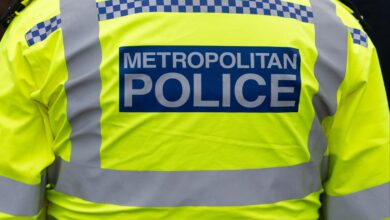