Boris Johnson is facing growing calls to end a “summer of drift” and take action on the cost of living crisis, as he was accused of failing hard-up Britons by refusing to offer fresh help or even hold emergency meetings.

Labour said the government’s failure to act on spiralling inflation showed it had “lost control” of the economy after No 10 dismissed former PM Gordon Brown’s call for the recall of parliament and an emergency budget.

The Liberal Democrats urged the government to cancel the decision by regulator Ofgem to raise the cap on energy bills after analysts predicted household energy bills could hit £3,600 in October.

And Scotland’s first minister Nicola Sturgeon called on Johnson to discuss possible action with devolved government leaders this week. The SNP leader said the economy was “fast deteriorating” and many people across the UK could “not afford to wait until September for further action”.

It comes as Tory MPs told The Independent that Sunak and Truss would have to announce extra help with energy bills in September, regardless of campaign pledges made in the race to succeed Johnson at No 10 in four weeks’ time.

Tony Danker, the CBI’s director-general, said the urgency of the crisis ahead meant Johnson “must bring together both leadership candidates” now to agree on extra support for consumers and businesses on energy bills before the price cap is announced on 26 August.

The business chief warned against a “summer of drift”, arguing that it was vital to offer reassurance that “people will be significantly supported – not waiting until 5 September or later”.

However, Downing Street rejected the idea of a meeting between Johnson, Sunak and Truss. No 10 also dismissed Mr Brown’s calls for regular Cobra meetings and an emergency budget in August to help avoid a “humanitarian crisis” this winter.

Mr Johnson’s official spokesman insisted that it would be up to a future prime minister to decide whether or what measures are required, arguing it would break convention for Johnson to be involved in any “significant fiscal measures”.

Rachel Reeves MP, Labour’s shadow chancellor, said: “People are worried sick about how they’ll pay their bills and do their weekly food shop, and all this Tory prime minister does is shrug his shoulders.”

She added: “An economic crisis like this requires strong leadership and urgent action – but instead we have a Tory party that’s lost control and are stuck with two continuity candidates who can only offer more of the same.”

In a letter sent on Monday, the SNP leader Sturgeon urged the PM to move a proposed meeting between the heads of the UK’s governments from September to this week, saying many of the “levers of government” required to tackle the issue remain reserved to Westminster.

Lib Dem leader Ed Davey said Truss or Sunak should agree to cancel the £1,400 energy price cap increase set to come into force in October – arguing that the government could absorb the £36bn cost as part of a “energy furlough scheme”.

“This is an emergency, and the government must step in now to save families and pensioners £1,400 by cancelling the planned rise in energy bills this October.”

The Lib Dems backed Mr Brown’s call for a recall of parliament so “emergency support” can be voted on and put in place as soon as possible, saying families and pensioners “can’t afford to wait any longer”.

The party’s Treasury spokesperson Christine Jardine told The Independent: “Johnson has sat on his hands while Sunak and Truss fail the nation with their terrible leadership pitches.”

Mr Brown decried the “vacuum” at the top of government, pointing to research showing that around 35 million people were under threat of fuel poverty in October. The ex-Labour leader told ITV’s Good Morning Britain: “It’s not just that they’re asleep at the wheel – there’s nobody at the wheel at the moment.”

Meanwhile, Sunak seized on Truss’s rejection of cost of living “handouts” – arguing on Monday that her promise of immediate tax cuts would not “touch the sides” for families on low incomes. 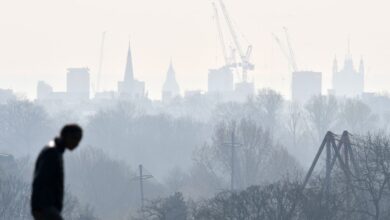 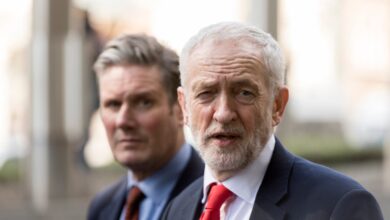 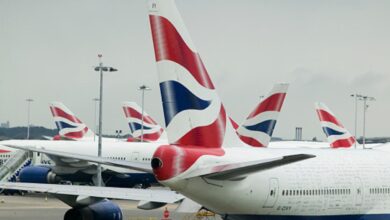