Safety rules to protect children from dangerous toys and in vehicles, as well as to prevent exposure to asbestos, are set to be scrapped as part of a bonfire of EU laws, campaigners are warning.

The alarm is also being raised over the removal of regulations to guard against accidents on construction sites and other workplaces and to alert shoppers to potentially deadly allergens in foods.

No fewer than 212 regulations with “safety” in their titles are in line to be repealed – under a fast-track process to appease Brexit-backing Tories – almost four times the 58 ministers have acknowledged, it can be revealed.

One sets out child seatbelt rules, another requires chemicals and other hazards in toys to be identified, while a third requires up-to-date asbestos records, including in schools and hospitals.

Simon Joyston-Bechal, director of Turnstone Law, which specialises in health and safety laws, urged Conservatives demanding the scrapping “of all EU derived red tape” to recognise the threats posed.

“Ask yourself if it matters whether a teddy bear’s eye is insufficiently tethered, so a child could choke on it, or whether builders using a crane plan their lift to avoid dropping objects onto pedestrians below,” he told The Independent.

The Royal Society for the Prevention of Accidents (RoSPA) pointed to the danger of removing safety rules at work, which had helped cut annual fatalities from 495 in 1981 to 123 in 2021-22.

“We fear there would be a very quick race to the bottom on safety standards at work, at home and when travelling in between,” said Nathan Davies, RoSPA’s head of policy.

“It could take us back to the dark days of the 1970s and 1980s when many hundreds of people were killed at work each year, after a steady fall over the last 20 years.”

The criticism opens up a new front in the controversy over the legislation to axe or replace around 2,400 items of so-called “retained law” by the end of 2023, to draw a line under Brexit.

Fears have already been raised over workers’ rights, environmental protections and consumer standards, but attention is now switching to safety rules, including:

* The 2011 Toys (Safety) Regulations – dictating how toys are marketed, to make clear if they might be choking hazards, contain chemicals, or if there is a danger that parts may come loose.

* The 2015 Construction (Design and Management) Regulations – to ensure proper oversight of building projects to mitigate “the risks involved”, ensure firms employ “the right people for the right job” and communicate dangers “effectively”.

* The 2012 Control of Asbestos Regulations – requiring all building owners to maintain accurate registers of where there is dangerous asbestos to avoid accidental exposure.

* 2011 legislation “on the provision of food information to consumers” – which sets out “requirements for food and drink labelling”, to alert shoppers to potentially-deadly allergens.

* The 1999 Management of Health and Safety at Work Regulations – specifying what actions an employer must take.

Rishi Sunak has so far resisted pressure to slam the brakes on the Retained EU Law (Revocation and Reform) Bill, despite criticism that vital laws will be lost in the rush.

Ministers have refused to set out which regulations will be allowed to lapse, on 31 December 2023, and which could be replaced – while making them “less burdensome”. 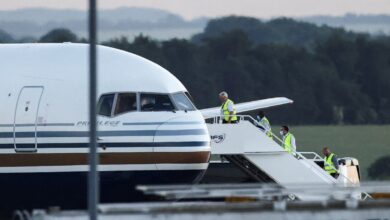 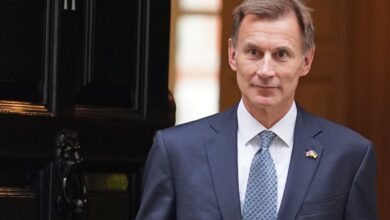