Brexit red tape means the UK has “stopped selling” many products to smaller EU countries, according to alarming new evidence of the impact on trade.

It highlights a “steep decline” in the number of trading relationships Britain has with its most important market – which fell by nearly one-third after Boris Johnson’s trade deal came into effect.

Smaller firms attempting to export have been hit by red tape and costs at the border, with the biggest problems in trade with firms in smaller EU countries, the research has has found.

Thomas Prayer, a co-author of the research, called the decline “remarkable”, saying: “It appears the UK simply stopped selling a lot of products to smaller countries in the EU.”

The findings, from the LSE Centre for Economic Performance, will be seen as further worrying evidence of the price being paid by exporters for leaving the EU single market and customs union.

The Treasury watchdog, the Office for Budget Responsibility, has warned that UK trade has “missed out” on much of the post-Covid recovery in global trade enjoyed by other G7 economies.

The LSE team analysed changes in trade patterns for 1,200 traded product lines, in what it said was the most comprehensive study to date of the effects of Brexit on UK-EU trade.

Thomas Sampson, co-author and associate professor of economics at LSE, said the analysis exposed the hidden impacts of increasing the red tape burden – even as overall exports to EU recovered to pre-pandemic levels.

“There’s quite a lot of evidence that future growth in trade comes from firms that are small today,” he told the Financial Times.

“If you kill off those exporting relationships it may lead to lower future export growth.”

William Bain, head of trade policy at the British Chambers of Commerce said: “Inevitably it is smaller firms which don’t have the money, time or logistical capacity to set up within the EU which are being hardest hit.”

And Martin McTague, chair of the Federation of Small Businesses, called for further help with increased paperwork, saying: “Small business must be at the centre of free trade agreements.”

The study echoes evidence from business groups that many smaller firms are quitting exporting altogether, in the face of customs barriers, VAT and regulatory red tape.

It finds the Trade and Cooperation Agreement (TCA) is not severely hampering exports by large firms – “or at least not yet”.

The OBR has estimated that total UK imports and exports will be 15 per cent lower over the medium term than if Britain had remained part of the EU.

But the Department for International Trade argued the TCA has allowed businesses in Britain to “trade freely” with the EU and said it is working to support exporters via its Export Support Service.

“We are ensuring that businesses of all sizes have the support they need to trade effectively with Europe and seize new opportunities as we strike trade deals around the world,” a spokesperson added. 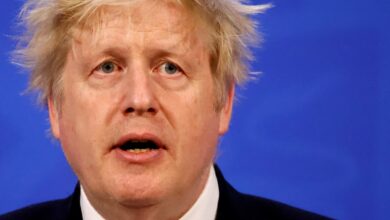 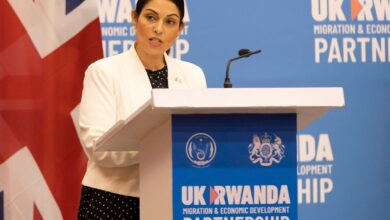