British expats living in Spain will be hit with a driving ban after the failure of a post-Brexit agreement on UK driving licenses.

From 1 May, thousands of Britons in Spain will be unable to use their UK driving license on Spanish streets – although, tourists are exempt from the new policy.

The new restriction comes as the UK and Spanish governments failed to reach an agreement about DVLA-issued licences by the 30 April deadline, with Tory MP Sir Iain Duncan Smith pointing the finger at the European authorities.

“It’s a case of ‘mañana, mañana [tomorrow, tomorrow]’,” he told the Mail on Sunday. “It’s time they pull their finger out and do what they agreed.”

Until 1 May, Britons living in Spain have been able to use their DVLA-issued licenses to travel but could now face weeks of chaos as alternative measures to reach a deal are pursued. It comes as every other European nation has reached a post-Brexit agreement about UK drivers.

A UK government source said: “This could go on for a week or it could be longer. It should be temporary but we don’t know how temporary. In the meantime, British residents living in Spanish hill villages won’t be able to drive a car.”

A Foreign Office spokesman added: “An agreement to swap UK driving licences for Spanish licences has not yet been reached.

“From May 1, UK licence holders who have been resident in Spain for more than six months and did not exchange their licence during the transition period will no longer be able to drive legally in Spain. We have agreed to rapidly accelerate talks and are urging the Spanish Government to bring forward interim measures.”

The change does not apply to holidaymakers, who can still use their British driving licence while in the country.

Anyone affected by the ban is advised to take immediate steps to apply for a Spanish licence, which will involve both a theory and a practical test.

Meanwhile Spain continues to crack down on anti-social behaviour through a ruling restricting holidaymakers to six alcoholic drinks a day at hotels in parts of Ibiza and Majorca, with guests having to pay extra if they want more.

The official guidance on the UK government’s website for British expats in Spain says the following:

“If you have a valid UK driving licence: 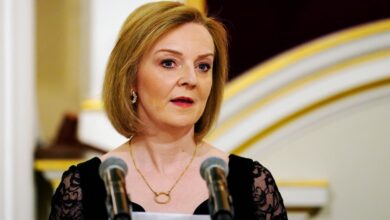