Aaron Ramsdale believes Arsenal teammate Bukayo Saka has become a stronger character since his “impeccable” response to the fallout from his penalty heartbreak at Euro 2020.

Having missed the deciding penalty in the final shoot-out defeat to Italy, Saka was subjected to racist abuse – as were Jadon Sancho and Marcus Rashford, who were also unsuccessful from the spot.

Saka, though, let his football do the talking as he ended last season as Arsenal’s top goalscorer and has so far this year been one of their standout players as they sit five points clear at the Premier League summit.

The respective club form of Ramsdale and Saka – along with defender Ben White – means the Gunners have three representatives in Gareth Southgate’s World Cup squad.

Asked about Saka’s handling of the miss and subsequent abuse, Ramsdale replied: “Trying to find the right words…impeccably, probably.

“The kid’s a lovely boy, he has time for everyone, works super hard throughout every week. Very, very rarely misses a training session and used all that motivation of criticism but also more so the love that everyone gave him, gave him an extra boost.

“Don’t forget he had the pressure of the whole football club on him last year — him and Emile Smith Rowe were our main guys — and he has dealt with that, he’s dealt with everything else. He is thriving and I can’t wait to see him thrive over here.”

Ramsdale went on to say there was “no doubt” that Saka was now a stronger character “off the pitch and on it” since the incident and that it has made him a “more complete person”.

“When we missed out on the top four, he felt like it was all his fault because he couldn’t provide for us,” added Ramsdale.

“I was just able to reflect that the season before they finished eighth, this season we finished fifth, and if we go another step again we will be in the top four. It’s that perspective of: it’s a game of football and there’s a lot more to it.”

Ramsdale was also a member of the Euro 2020 squad, having received a late call-up following an injury to fellow goalkeeper Dean Henderson.

He had just signed for Arsenal having been relegated with Sheffield United but will be competing for the gloves in Qatar having kept seven clean sheets to help Mikel Arteta’s side top the table.

“First of all, very fortunate to be in the Euros team anyway through an injury to Dean, which was unfortunate for him but allowed me to go and experience it,” he said.

“At that point, I didn’t feel like a spare part but I was there to allow the team to carry on training with a full squad.

“Now you come here, you’re in the same sort of conversation of playing or not playing, and I definitely feel like I’ve cemented myself into the squad at this moment in time.

“Obviously that can get taken away as quickly as I got it. But at this World Cup I do feel like a strong member of the squad.”

Ramsdale’s father became a cult figure in the All or Nothing: Arsenal documentary that aired on Amazon earlier this year – his expletive-laden reactions to on-field action showing how tight the family unit is.

“There was definitely a few tears shed from him,” Ramsdale said when he told his dad he was in the squad. “I think if I actually make it on the pitch, he might not return home. He might have a heart attack.

“It’s special for my family, especially for my mum and dad who have drove up and down the country, flying me around the world. He won’t have any nails left, let’s put it that way.” 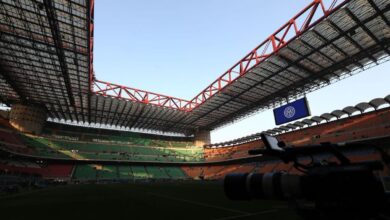 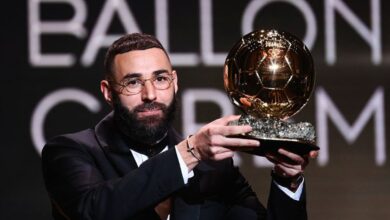 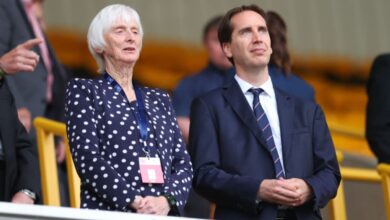