A cash-strapped council forked out more than £160,000 to keep hold of its chief executive after she broke coronavirus laws by throwing a party, it has emerged.

Sheffield City Council is currently facing the financial abyss after its £25 million emergency reserves for the year ran out last month – meaning services will now be slashed.

But the precarious financial position did not stop the authority from coughing up huge amounts of cash on a process that effectively granted disgraced chief executive Kate Josephs six months off work fully paid before welcoming her back into her role in June.

The council spent £21,682 on legal advice, £16,136 on an investigation into Ms Josephs’ behaviour – which is still being kept secret – and £31,551 on staff payments for those who had to take upgraded rolls. Ms Josephs continued to be paid her full salary during her time off – estimated to have come to around £95,000.

It all came after the 44-year-old hosted leaving drinks for more than 20 people to toast the end of her previous job leading the government’s Covid Taskforce. At the time – December 2020 – people people across England were barred from socialising and there were limits on numbers attending funerals.

When asked if she had attended a 10 Downing Street party, she repeatedly said she had not. She did not mention her own boozy bash, which took place in the building next door. She was fined by police for the event.

Now, the revelation that so much has been spent by Sheffield City Council on a process that remains shrouded in mystery – the Labour-run authority has refused to publish its internal report into the matter – has sparked further ire in the city.

Lord Paul Scriven, a Lib Dem peer who led the council between 2008 and 2011, said: “Here we have a council now sticking its fingers up twice to its tax-payers The first time by allowing this chief executive to break the law and the return to her role without any consequences. The second time by the revelation that they have spent huge amounts of money on saving her at a time when services are having to be cut.

“It also raises another question. If this chief executive is so good at her job that senior councillors were desperate to save her, why is the council in such financial dire straits? Why has she not got a grip on this?”

The fallout of the scandal may continue for some time yet.

Sheffield City Council is so far refusing to publish the report into the matter even when requested under the Freedom of Information Act, a position that experts suggest may be untenable if challenged. 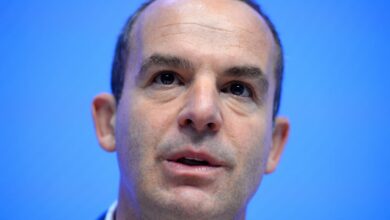