A 5,000-year-old chalk sculpture discovered in the Yorkshire countryside is “the most important piece of prehistoric art to be found in Britain in the last 100 years”, the British Museum has said.

The drum was found on a country estate near the village of Burton Agnes and has given insight into cultural interaction between prehistoric communities across Britain and Ireland.

The sculpture, which will be displayed to the public at the British Museum, is decorated with patterns that fit an artistic style from around the same time Stonehenge was built.

The Burton Agnes drum’s significance lies in its similarity to three drums that were uncovered 15 miles away in Folkton, North Yorkshire, in 1889.

The drums are all barrel-shaped cylinders of solid chalk that were found at burial sites – it is thought that they were not used for music, but rather decoration.

Carbon-dating of bones buried alongside the Burton Agnes drum placed it within the years 3005-2890BC.

It is thought that the near-identical Folkton drums are from the same time, making them 500 years older than thought.

Archaeologists said this confirms that the drums were made at the same time as the first construction phase of Stonehenge.

This suggests that at the same time as the monument’s columns were being moved from west Wales to Salisbury Plain, communities across Britain and Ireland were also sharing artistic styles, and likely beliefs, over long distances.

Neil Wilkin, curator of The world of Stonehenge at the British Museum, said: “This is a truly remarkable discovery, and is the most important piece of prehistoric art to be found in Britain in the last 100 years.”

He said the Burton Agnes drum “reflects connections between communities in Yorkshire, Stonehenge, Orkney and Ireland”.

Three children were found buried alongside the drum, suggesting it played a role in the mourning rituals of prehistoric Britons.

“The discovery of the Burton Agnes grave is highly moving. The emotions the new drum expresses are powerful and timeless, they transcend the time of Stonehenge and reflect a moment of tragedy and despair that remains undimmed after 5,000 years,” Mr Wilkin said.

Also found at the burial site were a bone pin and a chalk ball, which is thought could be a fertility symbol.

The drum will go on public display for the first time in the British Museum’s The world of Stonehenge exhibition which opens next week.

It will feature alongside the Folkton drums and more than 400 other items that give insight into life on the British Isles in the period of the Bronze age in which Stonehenge was built.

The sculpture was first unearthed in a routine excavation by Allen Archaeology in 2015. It has since gone on to be the subject of extensive research and conservation work. 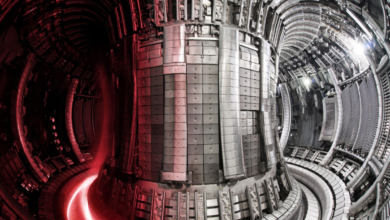 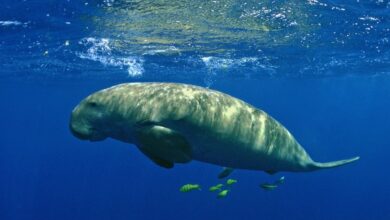