Climate protestors glued their hands to the frame of a masterpiece by English painter John Constable in a stand against plans to license new oil and gas projects in the UK.

The two demonstrators representing Just Stop Oil (JSO) also attached their own version of the painting, which was intended to represent “an apocalyptic vision of the future”, set against the bucolic scene depicted Constable’s the Hay Wain.

The pair stormed the National Gallery in central London on Monday – prompting a swift evacuation of art lovers, tourists and a class of 11-year-old children on a school trip from the room where the painting hangs.

The protesters pasted over the original the three sheets of paper that made up their dystopian vision of the oil painting, which featured an old car dumped in front of the Mill and the Hay Wain cart carrying an old washing machine.

They were later identified by JSO as music student Eben Lazarus, 22, and psychology student Hannah Hunt, 23, both of Brighton.

The demonstraters, wearing white T-shirts with the Just Stop Oil logo, stepped over a rope barrier and then attachted the printed coloured paper on to the front of the painting.

Each also placed a hand on the frame of the painting and kneeled beneath it before loudly outlining their concerns as visitors were ushered out by security staff.

During the protest Lazarus, who described himself himself as an art lover, said: “Art is important. It should be held for future generations to see, but when there is no food what use is art.

“When there is no water, what use is art. When billions of people are in pain and suffering, what use then is art.”

The Hay Wain, which was completed by Constable in 1821 and is regarded as his most famous image, shows a rural Suffolk scene of a wagon returning to the fields across a shallow ford for another load.

Lazarus said: “We have stuck a reimagined version of the Hay Wain that demonstrates our road to disaster.”

In a statement, Hunt later added “the disruption will end when the UK Government makes a meaningful statement that it will end new oil and gas licences”.

She continued: “I’m here because our government plans to license 40 new UK oil and gas projects in the next few years.

“This makes them complicit in pushing the world towards an unliveable climate and in the death of billions of people in the coming decades.

“You can forget our ‘green and pleasant land’ when further oil extraction will lead to widespread crop failures which means we will be fighting for food. Ultimately, new fossil fuels are a death project by our government.

“So yes, there is glue on the frame of this painting but there is blood on the hands of our government.”

A spokesman for the NG said: “The room has been closed to the public and police have been called.

“Gallery staff, including members of the conservation team, are also in attendance.”

A Metropolitan Police spokesman said: “At approximately 14.25 on Monday officers were called to a protest taking place inside the National Gallery involving two people.”

​​London Marathon 2022: How to get a charity place if you missed out in the ballot 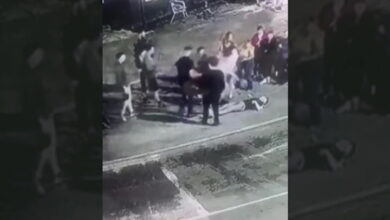 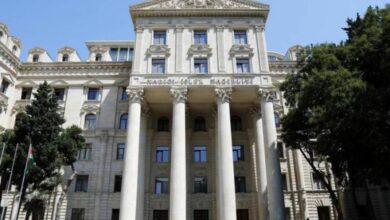 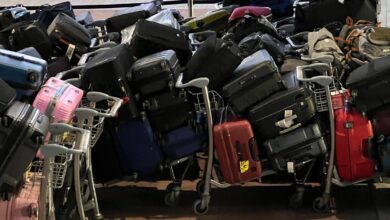