Rebekah Vardy says she confronted Coleen Rooney over her public ‘Wagatha Christie’ reveal post, asking her in a phone call: “Coleen, what the f*** is this?”

The reality TV star was on holiday in Dubai when she saw that Ms Rooney had accused her of leaking stories to the tabloid press.

The bombshell message said that Ms Rooney had posted a series of fake stories on her Instagram account to see if they would make their way into The Sun newspaper.

“I have saved and screenshotted all the original stories which clearly show just one person has viewed them. It’s………Rebekah Vardy’s account,” Ms Rooney wrote.

Speaking about the moment the accusation was posted, Ms Vardy told The Sun: “All of a sudden my phone imploded. I had a missed call from a withheld number, but then she (Coleen) messaged me and said: ‘I’ve been trying to call you.’

“I picked up the phone and called her and basically said, ‘What the f*** is this?’ Her response was quite rude, quite harsh, and she basically just said, ‘You know what this is’. And at that point I really didn’t know what it was. I was like, ‘No, surely this can’t be real; no one would do that.”

Ms Vardy lost her multimillion-pound libel case against Ms Rooney last week after the High Court ruled that she was behind a series of stories that were leaked to newspapers. Ms Justice Steyn found that even if Ms Vardy was not the direct source of the leak, evidence showed that she “knew of, condoned and actively engaged” in the passing of information to The Sun.

Ms Justice Steyn said that it was necessary “to treat Ms Vardy’s evidence with very considerable caution”. “There were many occasions when her evidence was manifestly inconsistent with the contemporaneous documentary evidence, and others where she was evasive,” the judgement read.

The trial heard that Ms Vardy’s agent had sent the reality star a screenshot of Ms Rooney’s infamous message, saying: “Message her now and ask what the f*** this is x”.

Ms Vardy responded: “Wow that’s war x”. Her agent Caroline Watt then coached her on what to do, writing: “You will have to say that you don’t speak to anyone about her but that recently your Insta has even been following people you don’t follow.”

She added: “Just say you have allowed a company to access it for sponsored posts and a former social media agency that you worked with too.”

After the call Ms Vardy had with Ms Rooney, her agent Ms Watt suggested a follow up message. It read: “As I have just said to you on the phone, I wish you had called me if you thought this.

“I never speak to anyone about you as various journalists who have asked me to over the years can vouch for. If you thought this was happening you could have told me & I could have changed my passwords to see if it stopped.”

It continued: “I liked you a lot Coleen & I’m so upset you that you have chosen to do this.”

Responding to her legal win, Ms Rooney said she regretted the need for an expensive court battle “in times of hardship for so many.” 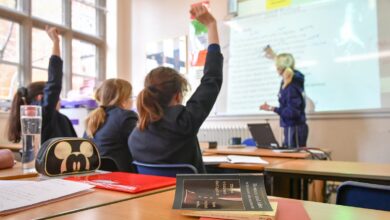