Harvey Weinstein, the convicted rapist and former film mogul currently facing an additional 60 years in prison, has criticised She Said.

The film is based on Jodi Kantor and Megan Twohey’s 2019 book about the New York Times investigation that exposed Weinstein’s sexual assaults on women spanning decades. It opened in the US on Friday (18 November), but made just $2.8m (£2.3m) despite being released in more than 2,000 screens.

This result was in spite of the film’s positive reviews, as well as awards buzz for its lead stars Zoe Kazan and Carey Mulligan.

Following reports on the film’s box office takings, Weinstein’s spokesperson shared a statement with Variety despite not being asked for one. It was noted that Weinstein was unable to offer comment himself, so the spokesperson, Juda Engelmayer, was speaking on his behalf.

The statement failed to acknowlege Weinstein’s status as a convicted rapist or mention that he is currently serving jail time of 23 years. It also does not refer to the fact that he is on trial for further charges of sexual assault.

Instead, it criticises the film and praises Weinstein for his film-producing talent.

“The film She Said bombing isn’t a surprise,” Engelmayer said. “Movie watchers want to be entertained, especially now. Details of the investigation, the #MeToo movement, the story of Weinstein and the accusers, has been told over and over again these past five years and it is clear that there was little worth paying to see it here.

“Harvey, the film producer and distributor, would have known that.”

The Independent has contacted Universal for comment over the statement.

Weinstein is facing seven additional counts of rape and sexual assault, and could be given a sentence of 60 years on top of the 23 he was sentenced to in 2020. These do not include charges he faces in the UK.

The disgraced producer has been accused of abuse, assault and harassment by more than 100 women. The New York Times story that led to his imprisonment, which was published in 2017, spearheaded the #MeToo movement.

She Said, which is released in the UK on Friday (25 November), was written by and directed by. 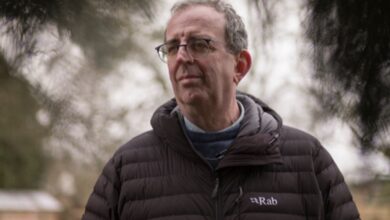 Kim Basinger reveals she lived with agoraphobia for years: ‘I had to relearn to drive’

‘A terrible decision’: Fans react to Steve Wright being axed as Radio 2 afternoon host after 24 years 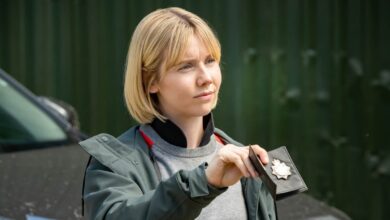