In a 2002 episode of The Simpsons, an old man yelled at a cloud. Twenty years later, old men yell at Marvel. Francis Ford Coppola – who has this week described Marvel films as “prototypes made over and over and over again to look different” – certainly isn’t the first elder statesman of cinema to criticise the superhero corporation (looking at you, Martin Scorsese) and he won’t be the last. The internet outrage economy thrives on it; filmmakers in their retirement years are the only people brave enough to speak about it.

Coppola’s criticism of the Marvel machine – and expensive studio blockbusters in general – boiled down to the franchise’s lack of personality, and his claim that specific directorial visions are being lost as a result. “If you’re going to make art, let it be personal,” he told GQ. “Let it be very personal to you.” Anyone who managed to see the distinct storytelling fingerprints of indie stalwarts Ryan Fleck and Anna Boden, Destin Daniel Cretton, and Chloé Zhao on Captain Marvel, Shang-Chi and Eternals can write Mr Coppola a letter of complaint if they feel so inclined.

Coppola went a little off-track with his claim that both Denis Villeneuve’s Dune and Cary Fukunaga’s No Time to Die were interchangeable. He claimed that they’re films that could be directed by anyone, and “the same sequence where the cars all crash into each other” could be swapped between each and no one would notice. Coppola may not have actually seen the visually and narratively singular Dune. He’s also 82 – he probably just plucked a couple of random 2021 releases out of the air to make a point.

Whatever, though – the point is a valid one. Take the newly released trailer for Jurassic World: Dominion. If you digitally erased the dinosaur chasing Chris Pratt through an anonymous pan-European city and replaced it with, say, Ryan Reynolds on a motorbike, few would raise an eyebrow. Aesthetics, action sequences and actors today curdle into overly familiar soup where giant blockbusters are concerned. Red Notice is Jurassic World is Uncharted.

It’s not a controversial stance to think these movies are depressingly identikit, yet Coppola and his ilk are eternally perceived as whiners. Whenever he or one of his auteurist peers – Scorsese, David Cronenberg, Ken Loach, Jane Campion, Bong Joon-ho – have either outwardly criticised Marvel or (gasp!) expressed total ambivalence to it, they’re mocked, jeered at, or accused of a kind of commercial envy. “He kept coming out against Marvel so that he could get press for [The Irishman],” Guardians of the Galaxy director James Gunn said of Scorsese’s “Marvel isn’t cinema” comments in 2019. “He’s creating his movie in the shadow of the Marvel films, and so he uses that to get attention for something he wasn’t getting as much attention as he wanted for it.”

Beyond the laziness of that response, Gunn’s statement rested on a specific train of thought: Marvel critics tend to be old, out of time and envious, and therefore aren’t worth taking seriously. It should be said that very old people aren’t automatically deserving of having their opinions listened to, when they’re just as capable of profound stupidity as anyone. But in a film climate gripped in a stranglehold by Disney and a specific kind of nostalgic, male and unambitious corporate formula, it’s important to listen to those sticking their heads above the parapet and asking “Why?” After all, few younger stars are brave enough to do so.

You imagine that the conversation about Hollywood’s creative drought and the Disney machine would be less hysterical if a diverse range of ages joined it. Much like the recent conflict between Spotify and Joe Rogan, it’s disappointing that only very old artists – many of whom aren’t as concerned by their bottom line – are willing to protest or critique a system that seems to be spiralling out of control. Coppola may be an old man yelling about something, but that doesn’t mean he’s not making sense. 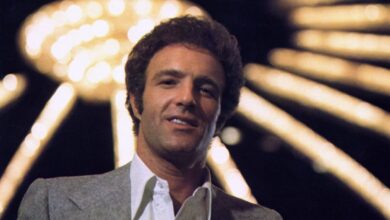 Bada-bing! Farewell to James Caan, a screen tough guy with a heart as big as his fists

Daniel Brühl interview: ‘War is not an adventure – the supposed winners are going to suffer for the rest of their lives’ 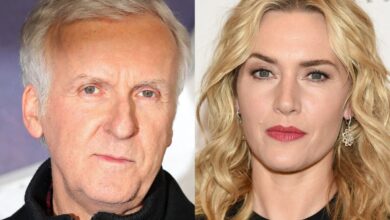