Dame Cressida Dick has been forced out as the Metropolitan Police commissioner – just hours after she insisted she had “absolutely no intention” of leaving her post.

The surprise announcement comes after Sadiq Khan, the mayor of London, put the police chief “on notice” following a series of scandals and the exposure of racist and sexist messages sent by officers in the force.

Announcing her resignation, Dame Cressida said that after a discussion with Mr Khan it was “clear that the mayor no longer has sufficient confidence in my leadership to continue”.

Making clear she was forced out of the role, she added: “He has left me no choice but to step aside as commissioner of the Metropolitan Police Service.

“At his request, I have agreed to stay on for a short period to ensure the stability of the Met and its leadership while arrangements are made for a transition to a new commissioner.”

Mr Khan said he made clear last week to the commissioner – who has served in the role since 2017 – the “scale of change” required in the force, in order to rebuild the trust of Londoners.

It follows a series of scandals at the force, including the murder of Sarah Everard by a serving officer, Wayne Couzens, and racist and misogynist and homophobic messages exchanged by officers at Charing Cross police station.

In recent months, the force also faced accusations of dithering before the decision was taken to investigate alleged rule-breaking in No 10 and other government buildings during Covid restrictions.

In his statement on Thursday, the mayor London said he was “not satisfied with the commissioner’s response” to “root out the racism, sexism, homophobia, bullying, discrimination and misogyny that still exists”.

He added: “On being informed of this, Dame Cressida Dick has said she will be standing aside.

“It’s clear that the only way to start to deliver the scale of the change required is to have new leadership right at the top of the Metropolitan Police.”

“I would like to thank Dame Cressida Dick for her 40 years of dedicated public service, with the vast majority spent at the Met where she was the first woman to become commissioner.

“In particular, I commend her for the recent work in helping us to bring down violent crime in London – although of course there is more to do.”

Priti Patel, the home secretary, who holds the ultimate responsibility over the appointment of the commissioner, thanked Dame Cressida “for the nearly four decades of her life that she has devoted to serving the public”.

“She would be the first to say that she has held the role during challenging times; yet for nearly five years she has undertaken her duties with a steadfast dedication to protecting our capital city and its people, including during the unprecedented period of the pandemic,” she said.

“Leading the Met has also involved driving our national counterterrorism capability at a time of multiple threats while, as the first woman to hold the post, she has exemplified the increasingly diverse nature of our police and demonstrated that all can aspire to hold leadership roles in policing in this country today.”

The Liberal Democrat leader, Sir Ed Davey, however, immediately demanded that Boris Johnson “publicly recuse” himself over the appointment of Dame Cressida’s successor because of the ongoing Met investigation into parties held in No 10 during Covid restrictions.

“Boris Johnson must have no role in choosing Cressida Dick’s successor to lead the Met. A man under criminal investigation by the Met should not be able to choose who’s in charge of it,” he said.

“I would like to thank Cressida Dick for her years of dedicated police service, but a change of leadership in the Met is long overdue.” 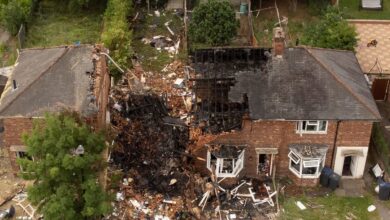 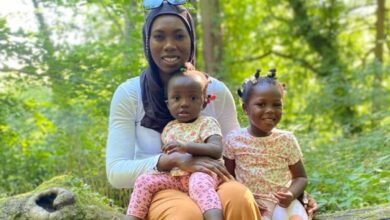 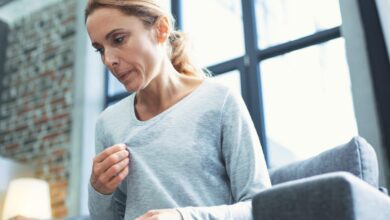 Lack of support for menopausal women driving them out of jobs, warn MPs