In Cristiano Ronaldo’s talks with Jorge Mendes, and the representative’s meetings with top clubs, a few points have been made abundantly clear. This is no game, nor is it an attempt to leverage Manchester United. Ronaldo just wants to have a chance of winning the Champions League again, and is even willing to take a significant pay cut to make it happen.

The great question, and great complication at this delicate stage of his career, is whether signing Ronaldo is more or less likely to bring the trophy.

For United, it is whether keeping Ronaldo is most conducive to getting back to that level.

There is a fair argument that it is time to let go. An increasing number of figures at Old Trafford have been wondering exactly that. Even Ole Gunnar Solskjaer had enough questions as long ago as last August that he rang Sir Alex Ferguson for counsel when the signing was broached. The club patriarch’s stance was to “get it done”.

The view that was the most seductive at that point, as it is now, is that Ronaldo “is a guarantee of goals”. That remains true, and is something clubs like Chelsea and Bayern Munich are at least considering.

The other side to consider is that those goals come at a considerable cost, way beyond wages or any nominal transfer fee.

As both Juventus and now United have found out, it isn’t just a simplistic case of adding Ronaldo’s goals to an existing structure. You have to significantly change the structure for the Portuguese to accommodate him, so it isn’t what it was. His signing can no longer be a natural fit to what was there.

Ensuring this great legend can score at the same rate now tends to mean the team can’t, because of the tactical compromises necessary.

It is why the debate about where United would have been without Ronaldo was always the wrong discussion. The real difference was that signing him meant this wasn’t the same United.

This isn’t to absolve any of Solskjaer, Ralf Rangnick or the series of Juventus managers Ronaldo played under. The Norwegian, for one, was always short of the level required and it felt a matter of time until that was eventually realised. Ronaldo might just have hastened it.

It’s also undeniable that the Portuguese found himself at both clubs during transitional periods in their recent histories. Ronaldo is said to have been taken aback at how United had regressed when he returned in September. These are concerns that have only grown, to get to this point where it feels a waste of his limited time to stay at the club.

It’s just that a prominent indication of those problems might be the very signing of Ronaldo. Clubs with fully-defined football identities are less likely to bring in the 37-year-old, because they are aware that it’s impossible for him not to impose his own identity. He is so dominant a figure that a side has to become “Ronaldo FC”, where everything needs to be in service for him.

That prominence led to a contradiction at both United and Juve, as well as a line repeatedly heard at both clubs: “It’s like playing with 10 men”. At least until you got the ball to him in the box.

It certainly meant it was like training with 10 men.

All of Ronaldo’s progressive-minded recent managers, from Maurizio Sarri through to Rangnick, found that they realistically had to do team work with only nine of the outfield players. It caused particular problems for Sarri given how integrated he needs his teams to be. Set moves would just break down because the movement in one key area wasn’t there. In short, the sides couldn’t be fully synchronised.

It wasn’t just that Ronaldo physically doesn’t have the mobility any more, either, although that has been a significant issue. It’s that there was often a resistance in terms of personality.

Training drills have been soundtracked by Ronaldo muttering “this is shit” or kicking a ball away. When the Portuguese has got particularly bored with work on team shape or automatisms, he has stated that training should be “fun”.

How would ideologues like Thomas Tuchel or Julian Nagelsmann eventually find this if they agreed to bring Ronaldo in? 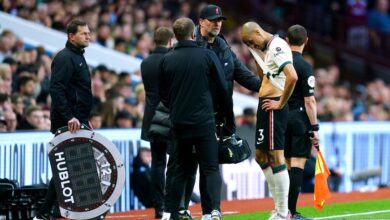 Liverpool look exposed without Fabinho amid fears history will repeat itself 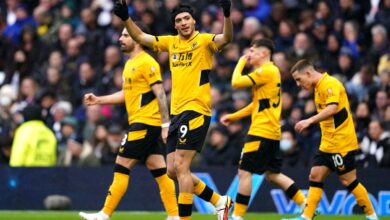 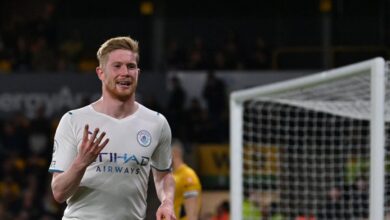