I am in a very loving relationship. I’ve been married for three years, and we have just had a baby who is now four months old. My husband loves me very much, I know that. But he has never fully told me about his past.

I know he had a girlfriend before me and they had a break-up that he doesn’t like to discuss. I suspect it was painful. But in August, he told me he messaged her to say happy birthday. I was shocked, but I didn’t want to be the jealous type. Since then, I have read his texts. I know I shouldn’t have been on his phone but I was tempted – and I found out they have had some long messages where he has been complimenting her a lot, and talking to her like he used to talk to me when we were first dating. He “hearts” her messages and pictures and says things like, “I’m a married man and shouldn’t be looking”. He tells her she looks good and has thought about her over the years, and doesn’t know why it took him 10 years to message her. He told her he was nervous, and wondered what might have been if they hadn’t broken up. I even saw he had a chat with her for 50 minutes on FaceTime (she lives in New Zealand).

I can’t stop thinking about it. I haven’t confronted him, as I don’t know what to say. I asked him if she messaged him on his birthday and he said yes – but he insists that he only messages her because she feels depressed. So, I went back on his phone to keep checking on what they were talking about and I found that the messages aren’t in his normal inbox anymore – they’re hidden. Please can you advise me on what I should do?

I’m sorry you’re feeling so confused and worried about this, particularly when you have a four-month-old baby to think about. Feeling anxious about your relationship at any time is hard enough, let alone when you’re doing something as important (and exhausting) as parenting.

Now, a couple of things stick out to me here: and the first thing is that whenever one person is checking the other person’s phone (or emails, or a diary) then that’s a huge red flag in terms of trust. Given your suspicions about his ex-girlfriend, I understand why you felt you “had” to do that. But it does show that there are issues that you really need to tackle between the two of you that might even predate this current interest in his ex-girlfriend.

Secondly, it concerns me that you aren’t able to talk to him about how you’re feeling. It sounds like the presence of this woman in New Zealand is getting you down – you say yourself, you “can’t stop thinking about it”. I wonder why you haven’t confronted him about it yet? Not to have an “argument”, per se, but simply to tell him how it is making you feel – and to ask him how he feels about it (and her). This tells me that you may have significant issues when it comes to communication. Again, this isn’t unusual. Sometimes the hardest people for us to be completely open and transparent with are those we fear losing the most.

I know it’s hard, and I’m not telling you off – let alone blaming you for the bond your husband has formed with his ex-girlfriend – but sometimes, when something looks to be the cause of a problem in a relationship, it’s actually the symptom of something else.

People will (and do) cheat on their partners, and it’s never the path you’d want them to take, but it’s often a signpost that there’s something else going on – either with them personally, or with the relationship itself. As the psychotherapist Esther Perel says: infidelity happens in both good and bad relationships. Affairs can teach us a lot about marriage, she believes, as well as our expectations and what we feel we’re entitled to.

And relationship expert and psychotherapist Lucy Beresford believes infidelity is seen by some as a way to “take a breather” from a marriage, to explore what’s missing. “Affairs are rarely about sex, and more about desire,” she says. “A desire for attention, a desire to feel adored, or to feel special. An affair provides someone with the chance to find out who they can be, beyond the person they have become in the marriage.”

The long and short of it is: we are all powerless when it comes to other people’s feelings. We can’t “stop” people falling in love – or out of it. It happens. The only thing we can control is the way we feel and react.

Here’s what I think is going on: I suspect your husband is feeling confused and unsure of himself now that he’s had a shift in his identity from man to father – perhaps he feels lonely or overwhelmed by the pressure of being a parent (as, I’m sure, you do too). He may be choosing to “escape” these very complicated feelings by forming a bond with someone who is unavailable – not only because he is unavailable (he is married to you, after all), but because she lives on the other side of the world.

I wonder if to him, this escapism feels “safe”: after all, he can’t act on it physically. And maybe he never would. But that doesn’t mean it can’t affect your marriage (see here for an earlier post about emotional affairs). This is something he is going to have to unpick on his own – ideally with a therapist.

What can you do? Well, I think it is absolutely vital that you tell him how his bond with her is making you feel. It’s no good for you to be constantly thinking and worrying about it, and you need support when you’re looking after a very young child. You don’t need a secretive or emotionally distant partner.

If you don’t talk about your feelings, you’ll feel more and more isolated, alone and paranoid, and he may grow more and more distant (and closer to his ex). Be honest and put boundaries down, if that feels right to you. Don’t demand to see his phone all the time (I really would caution anyone against doing this – nothing will kill a relationship faster), but if it’s making you feel uncomfortable that he’s talking to her so often, you do have every right to ask him to stop. What will be really telling is whether he wants to.

Victoria Richards is The Independent’s advice columnist. She has a degree in psychology and a postgraduate diploma in counselling and psychotherapy. Having problems with work, love, family or friends? Contact DearVix@independent.co.uk 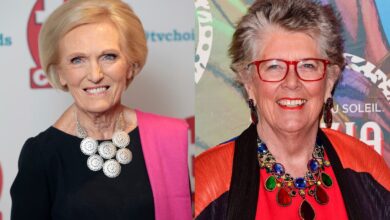 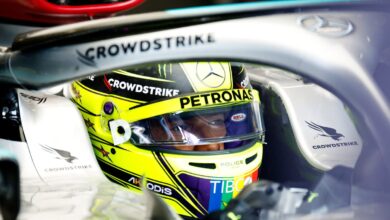 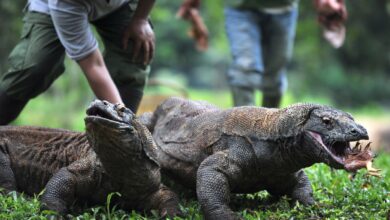 Over one-fifth of reptile species are at risk of extinction, study warns

‘He’s a spokesperson for the Devil’: Ukraine’s ambassador on facing down Russia at the United Nations