More than 70 people have been arrested amid protests in Iran on Tuesday after the death of young Iranian woman Mahsa Amini, who was assaulted by the morality police for not wearing her hijab properly, officials said.

“At least 76 protesters are confirmed to have been killed by security forces. Most families have been forced to quietly bury their loved ones at night and pressured against holding public funerals,” said Iran Human Rights in a statement.

The death toll included at least six women and four children, it said, adding that these deaths have been recorded in 14 provinces of the country.

The country’s riot police and security forces clashed with the demonstrators across the country as protests engulfed dozens of cities this week condemning the death of the 22-year-old woman who was arrested in Tehran on 13 September by the morality police and brutally assaulted for violating the country’s strict dress code.

Ms Hashemi was arrested by the Islamic country’s security agency for “instigating riots in east Tehran”, which claimed that the “provocations” by the activist failed to bring people to the streets, reported Turkish state news website Anadolu Agency.

Iran has been rocked by protests by women in the country, calling for the collapse of the clerical administration amid rising death toll of protestors and a severe crackdown by security forces which have used excessive force on demonstrators, such as tear gas, live ammunition, birdshot and metal pellets.

Protests also turned violent in Iranian cities like Tehran, Tabriz, Karaj, Qom and Yazd, among many others.

A total of 41 people, including civilians, police officials and pro-government militia, have died during the protests, officials said. However, human rights groups in the country have reported a higher toll.

Around 898 are injured and over 1,000 Kurdish protesters have been arrested in the last 10 days, according to the Iranian human rights group Hengaw who added that the actual toll could be higher.

“Between Monday and Friday, more than 70 women have been arrested in Iran’s Kurdistan… At least four of them are under age 18,” Hengaw said on Tuesday.

Amnesty International has accused Iran’s security forces of responding to the protests with “unlawful force, including by using live ammunition, birdshot and other metal pellets, killing dozens of people and injuring hundreds of others”.

Videos emerging from the middle-eastern country showed protesters chanting “woman, life, liberty” and women burning their veils in a symbolic show of dissent.

Slogans of “death to the dictator” — a reference to Iranian Supreme Leader Ayatollah Ali Khamenei — were also heard in the demonstrations. In the Kurdish cities of Sanandaj and Sardasht, riot police fired at protesters, Twitter videos showed.

Authorities have also clamped down on the internet access in several provinces of the country in a bid to restrict sharing of photos and videos on social media, said Internet blockage observatory NetBlocks on Twitter.

The UN high commissioner for human rights called on Iran’s clerical heads on Tuesday to “fully respect the rights to freedom of opinion, expression, peaceful assembly and association”.

Amini was arrested for donning “improper hijab”, following which the UN said she was severely beaten by “members of the morality police” during her arrest and transfer to the Vozara detention centre.

“Amini fell into a coma at the detention centre and died in hospital on 16 September. Iranian authorities said she died of a heart attack, and claimed her death was from natural causes,” the office of the UN high commissioner of human rights said. 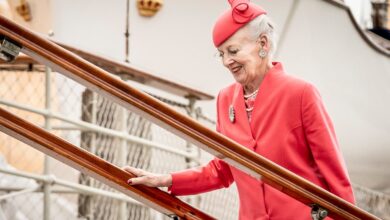 Margrethe II: Who is the chain-smoking, fashion-forward Queen of Denmark? 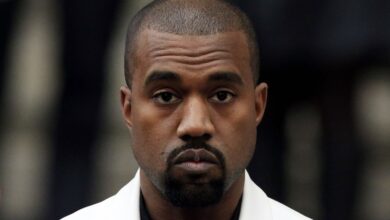 Kanye West latest news: Rapper back on Instagram joking with 50 Cent as insider claims he is Hitler ‘obsessed’ 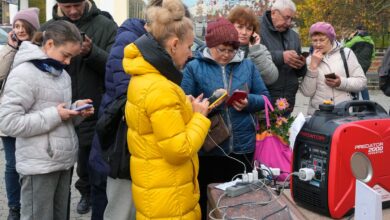 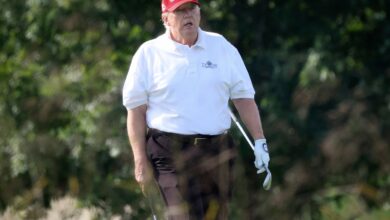