The deputy first minster of Scotland John Swinney and the finance ministers of Wales and Northern Ireland – Rebecca Evans and Conor Murphy – accused the Chancellor of taking a “huge gamble” with the public finances with his £45 billion package of tax cuts.

In a joint letter they said that with soaring inflation eroding the value of the devolved budget settlements announced last year, they urgently needed additional funding from the Government in Westminster.

“Our budgets are already stretched beyond the maximum and as responsible governments we are having to make very difficult decisions to balance our budgets, as we do not have the flexibility or borrowing powers that the UK Government has,” they said.

“This approach is unlikely to be sustainable and is putting services at risk.”

The three ministers said the country could not afford to wait until November 23 for Mr Kwarteng to set out his plan to get debt falling as a percentage of national income.

“The UK Government has taken a huge gamble on the public finances and the health of our economy. Even prior to last Friday, the UK, like many other countries, was already facing the most severe economic upheaval in a generation,” they said.

“However, the UK Government has chosen to make things significantly worse by announcing a huge package of tax cuts for the most wealthy without any credible explanation of how these will be paid for.

“Urgent action is required now to address the issues facing our economy, public services and households across the country. Such action cannot wait until the update you have announced will take place in November.”

Benjamin Mendy trial: Woman ‘looked like she had seen a ghost’ after alleged rape 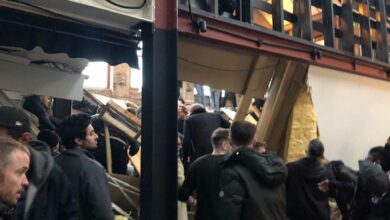 More than £66,000 donated to Black schoolboy, 11, who lost finger while fleeing ‘bullies’ 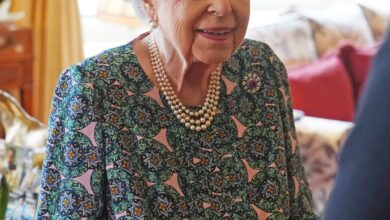 Who is the Queen’s top royal doctor?