Baku/10.02.22/ There are accusations in Azerbaijan that it is not uncommon for detainees or arrests to be tortured for a long time. But courts and investigating authorities usually do not recognize such facts as true. And the renewed investigation of the “Terter case”, which took place in 2017, confirms the existence of the mentioned tortures.

Four people were arrested in the “Terter case”, found guilty of torturing the arrested servicemen, the Prosecutor General’s Office reported yesterday. If torture really exists, is it arbitrariness at the grassroots level or the problem of the system? Are arrests expected at a higher level in the “Terter case” in this regard?

Back in 2018, the Council of Europe Committee for the Prevention of Torture, Inhuman and Degrading Treatment, at the request of the Azerbaijani government, published 6 secret reports. “In Azerbaijan, torture and physical abuse are systematically and widespread in the police, other law enforcement agencies and the armed forces,” the reports say. However, the Azerbaijani government did not agree with this opinion.

Elman Nasirov, a member of the Milli Majlis Committee on Human Rights, told Turan that the Azerbaijani state has chosen a democratic path of development. “Azerbaijan is a state of law and carries out its activities in accordance with the Constitution and international conventions. Great leader Heydar Aliyev determined this path, and Mr. President Ilham Aliyev successfully continues it.”

The deputy noted that in this case, when considering the “Terter case” in Azerbaijan, the facts of torture are excluded. “It’s impossible. But in some episodes there is information about the presence of such cases. People involved in the case are being arrested. The investigation of the “Terter case” and its objective legal assessment is a very important issue.”

He stressed that the state is taking steps in this direction. “An extremely objective investigation of the Terter case is being carried out. An investigation is underway. We do not know its details, but we know that those who commit cruelty, serious offenses in the Terter case must bear and bear responsibility before the law.” According to a member of the committee, there is a group of people on social networks who, having no information about the “Terter case”, are conducting a smear campaign.

At the same time, a certain segment of the opposition is using this case as a manipulation tool to put pressure on the authorities. They present the issue in such a way that the state is not interested in investigating this case. But these allegations are baseless.”

The MP noted that all opportunities have been mobilized for an objective, impartial investigation of the “Terter case”. “We will witness real facts about the Terter case in the near future. The persons who committed criminal acts in this case will definitely answer before the law.”

The head of the Civil Rights Institute, Bashir Suleymanli, also said that this is a problem of the system. “For many years, the system has pursued a course of intimidation, persecution, and torture in order to achieve its goal. Both in connection with fundamental freedoms and in connection with non-political cases, we receive information about torture in law enforcement agencies. In the “MNB case” there were even reports of the existence of illegal prisons and the use of torture there. That is, this is the approach of the system to the citizen.”

The expert noted that torture is rejected by international law and requires harsh punishments for those who torture. “Unfortunately, Azerbaijan has always been ranked first in international reports on this issue. And in the “Terter Case” we saw that unthinkable tortures were inflicted on citizens, and there were those who died from these tortures. It would be good if these events were investigated at that time. After all, how much time has passed. If there had not been a public outcry, I think that everything would have remained as it is.”

According to the human rights activist, those who are responsible in this case must answer before the law, regardless of past merits. “If serious political will is shown, then we will witness this.”—0— 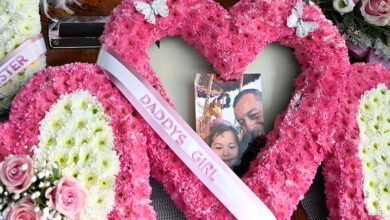 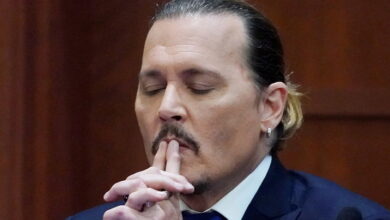 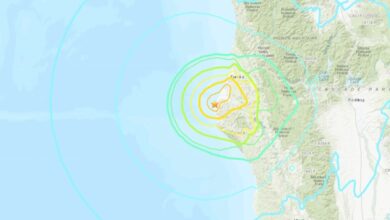