It was the shot heard around the world – or at least around the corridors of social media. This week, Warner Bros put a bullet through the head of Batgirl, cancelling the film’s release when it was approaching completion. It was a decision without any real precedent. Almost $100m (£82m) had been poured into production already; filming was completed. Michael Keaton was set to reprise the role of Batman for the first time in 30 years. Warner Bros attributed the decision to shelve it to a “strategic shift” by leadership; the pivot follows a sizable management change in the company’s upper echelons. But what everyone really heard, whether they know it or not, wasn’t a “bang” but a “pop”. For all intents and purposes, the great streaming bubble may have just burst.

The noteworthy thing about Batgirl, you see, was not that it was denied a theatrical release. This is sadly the case all too often with films now, even high-budget ones. If you’re worried something’s going to flop, stick it straight on streaming. (During the height of the pandemic, when cinema releases flopping was a nailed-on certainty, straight-to-streaming or hybrid releases were particularly rampant – films from Wonder Woman 1984 to Dune to The Matrix Resurrections all launched immediately on streaming in the US). The issue is that Warner Bros presumably decided there was more profit to be made in the tax write-offs that would come from abandoning the project entirely than there would be in dumping it on its HBO Max streaming service. And they’re not wrong.

Has streaming ever really made any sense? I don’t mean the technology, of course – the sheer convenience of watching films and TV series over the internet means most people are never going to accept going back to a world of cumbersome physical media. But financially, streaming has always been coasting by on vibes alone. It has never made good business sense for Netflix to release films that would easily clear $100m in cinemas directly on streaming – throwing away millions in cold, hard cash in exchange for the nebulous allure of “brand-building” and “streaming exclusivity”. You can’t build an entire business around exponential subscriber growth; eventually, as we saw earlier this year, you’re simply going to run out of new customers.

The fact that Netflix has started paving the way for a new advertising-supported subscriber tier suggests that the company is having doubts about the sustainability of its business model. Advertising-supported TV had been the best, most profitable way of monetising at-home programming for the better part of a century. Streaming was never likely to usurp this in the long run, any more than paid cable subscriptions did towards the end of the 20th century. With cinema, the most profitable way of distributing a film has been giving it a theatrical release; the dream scenario can see companies make billions from a film that cost just a few hundred thousand to make and promote. Shunting a feature onto the “straight-to-DVD” or “straight-to-video” was typically a sign that a studio had given up on its financial prospects. “Straight-to-streaming” doesn’t share the stigma of its physical media predecessors, but it’s hardly any more useful in recouping an investment.

But back to Batgirl. The DC Comics adaptation was far from the only casualty of Warner Bros’ upper management reshuffle. Scoob! Holiday Haunt – a sequel to the dreary Scooby Doo prequel Scoob! – was cancelled at the same time, despite being mostly already animated. A number of TV series have also been culled by HBO Max in recent weeks – including Raised by Wolves, Close Enough, Made for Love, and Gordita Chronicles. Variety noted that six HBO Max-exclusive original films – including Anne Hathaway’s remake of The Witches and the Seth Rogen vehicle An American Pickle – had been quietly removed over the past six weeks, something almost unheard of within the streaming realm. The report suggested that the move could be designed to escape payment obligations for underperforming titles, or carried out for tax purposes, as is reportedly the intention with Batgirl.

Perversely, those of us rooting for the survival of the “cinema experience” might take some heart from the fact that Warner Bros are clearly prioritising the very real financial potential of theatrical releases over the wooly brand augmentation of streaming. It may only be so long before the rest of the industry follows. But cancelling projects like Batgirl is not the way to go about it. You can’t help but feel for the cast, the crew, the directors – some of whom have put out heart-breaking statements after learning of the cancellation – and even the fans.

Ultimately, film studios are oppositional to artists. They are at the mercy of shareholders and board members – people who, at the end of the day, will inevitably follow the money. When there’s more profit to be found in aborting a $90m project entirely than releasing it on streaming, it’s clear there’s something quite rotten with the whole business model. Streaming, as we know it, will have to adapt or die – and soon.

Andrew Garfield on The Eyes of Tammy Faye: ‘When I said my mum has just gone into hospice care, they shut down production for me’ 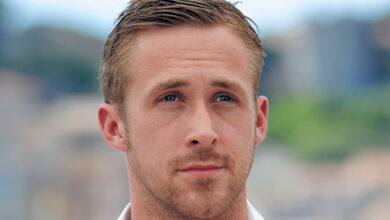 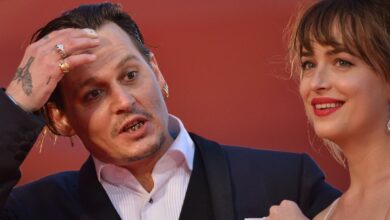