To think this was supposed to be England’s most exacting match of the group stage. It did say a lot about the side’s credentials in this tournament, although not in the way many anticipated. Sarina Wiegman’s side instead offered the kind of night everyone around this team has long waited for. This 8-0 rout of Norway was beyond “a performance of champions”, and one of those demolitions that the real top-tier teams in these competitions are so capable of offering.

It was a great occasion for England, a superb performance, and a particularly satisfying evening for Beth Mead. She plundered a hat-trick, making it look a trick of the mind that she was left out of the Olympics squad two years ago.

Whether it was such a good night for the competition as a whole is a debate that will resurface, and it is true that a team ranked 11th in the world – and one of the more respectable sides at this tournament – just shouldn’t be getting beaten in this manner.

Norway were as bad as England were good, their defence as porous as Wiegman’s attack was potent. There should be real questions for coach Martin Sjoegren given how many times the same move down the flank opened his entire team.

Perhaps it just proves the truth that Norway were always overrated because of the return of Ada Hegerberg, and that a defence this lacking in quality was always going to be caught out. But to be defending this badly? To make that many mistakes?

That isn’t England’s problem, mind. The hosts have instead become a big problem for anyone with hopes of winning this tournament, as they virtually ensured top spot in the group and a likely quarter-final at this same Brighton stadium against either Germany or Spain.

Those are details to be filled in after Friday’s last group game against Northern Ireland, for which Wiegman will surely make major changes. It will represent the opportunity to give everyone a chance of football in what could be an even more historic tournament.

The details of this game, meanwhile, were that Mead got three, Ellen White two, Lauren Hemp, Georgia Stanway and substitute Alessia Russo one each.

It was that kind of night, where it was almost difficult to keep count.

That was partly because England were so joyously dazzling and creatived.

It feels all the more incongruous now that the rout started with White very much making the most of a challenge – to use one regular euphemism for diving – because it was not like England required any extra help.

Stanway’s subsequent penalty was instead the spark for an explosion, both in terms of goals and just the self-expression of the team. It was one of those rare occasions in an ostensibly big game where players are in the mood to try things and push their limits, which led to some luscious attacking from England.

There was Lucy Bronze’s through ball for the second, Lauren Hemp’s back heel to finish and Stanway’s divine flick to open the Norwegian area that bit more for the sixth.

The sixth, it should be stressed, by 41 minutes.

The audaciousness of England’s football was almost matched by how porous Norwegian’s defending was. It was one of those stark situations where the increasing confidence of one side only further eroded the other, until the gaps between the sides were so large they were appearing in front of the Norwegian goal at regular intervals.

Maria Thorisdottir had a particularly difficult evening after getting done by White for the opening penalty. It was the Manchester United centre-half who lost the ball 30 yards from her own goal on the half-hour allowing White to just stroll through and finish. That spread through the Norwegian defence, with Stanway’s movement causing further chaos to their shape. By the fifth goal, Mead was so easily able to dribble her way through the box, at a pace that wasn’t exactly devastating.

If such a drop-off in application was somewhat inevitable in the circumstances, less understandable – especially for Sjoegren – was how easily England tactically pulled his side apart in almost every move. It was almost the same thing every time. White would draw a centre-half out, the other full-back – usually Julie Blakstad – would tuck in and England would switch flank.

Hence the manner of Mead’s first and England’s fourth, Hemp just crossing for the striker to finish. The sixth was similar with White, albeit after that brilliant touch through from Stanway.

Norway, not for the first time, were forced to get together for a huddle immediately after the goal to assess how they could arrest this. 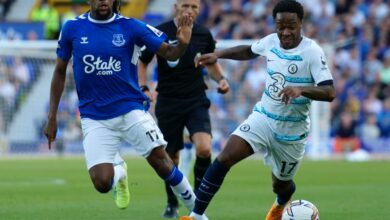 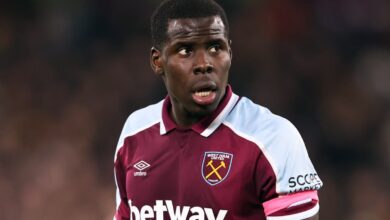 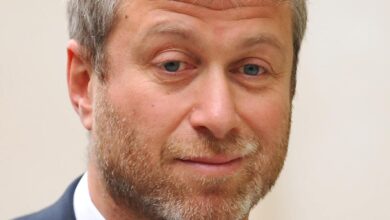 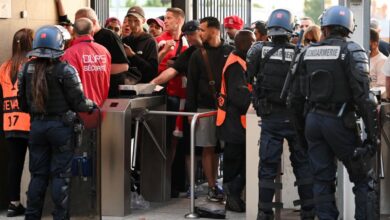