A former police officer who says she was sexually assaulted by a colleague has claimed attempts were made during the investigation to “gaslight” her and “bury” the complaint.

Rhianon Argent says she was sexually assaulted by an acting sergeant in a police car when she worked as a constable in Hampshire. After a misconduct hearing he was given a formal written warning.

The 35-year-old, who left the force in 2013, said the force had a ‘boy’s club’ culture that meant offenders are given “second, third and fourth chances”, and some men were attracted to the role because they had a “thirst for power and control”.

Her comments come after Met Officer David Carrick admitted 49 criminal charges including 24 counts of rape against 12 women over an 18-year period.

Metropolitan Police Commissioner Sir Mark Rowley said weak policies and decisions meant Carrick was able to stay in the force for 20 years, despite repeated complaints being made against him. The Met is currently investigating 1,000 sexual and domestic abuse claims involving around 800 of its officers.

Ms Argent claims that after she gave a lengthy video interview about her ordeal, a police inspector in the professional standards department concluded by saying: “Now I’m going to put it to you that you are lying about this whole thing”.

“That inspector was looking for a way to bury that investigation,” she said. “He was looking to silence me. He put to me I was lying to gaslight me and encourage me to drop everything.”

The ex-policer officer previously revealed her allegations in The Independent in 2021, explaining she was left traumatised by the experience.

She said she felt “intimidated” by the police officers who investigated the complaint and that text messages from him had been deleted from her phone.

Ms Argent argued there must be greater focus on investigating officers who let abusers operate with impunity by making “poor decisions”.

“Who are these decision makers sat there making dangerous decisions to continue officer’s employment – giving them second, third and fourth chances,” she said.

Police officers accused of sexual and domestic violence must face criminal investigations rather than internal probes and should be subjected to greater scrutiny than members of the public because they are role models, she continued.

Ms Argent, who now works in the domestic abuse sector, added: “There are these connections, and there is a sense of a police family, but it leads to corruption because everyone looks after each other. It is: ‘You scratch my back, I scratch yours’. It is just one big boy’s club.”

The inappropriate behaviour she faced was not a one-off, Ms Argent explained. When she was working night shifts, male police officers would regularly wheel their chairs over and ask her sexually charged questions.

“At that point, I’d already had the sexual assault. It was widely known I’d been assaulted and that I’d reported it. That made it even more scary. The guys talking to me on the night shift gave the guy who assaulted me a nickname called ‘hands’.”

A spokesperson for the police service where Ms Argent worked previously said the case was “investigated thoroughly at the time by our Professional Standards Department and the male officer faced a misconduct hearing and received a formal written warning”.

The representative said they have “robust systems” in place to tackle the “abuse of position for sexual gain”. 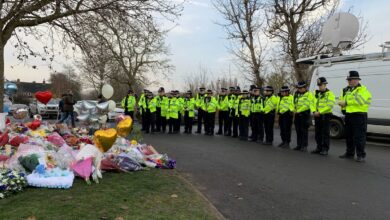 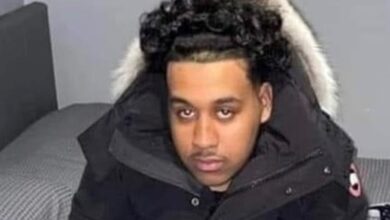 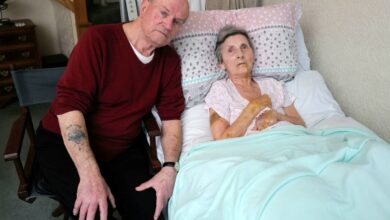 Disabled woman attacked by rat as she slept