Q: According to CarbonBrief.org, the UK government’s “JetZero” policy could result in aviation CO2 emissions being higher in 2050 than they were in 1990. The government’s aviation strategy takes a firm stance against policies that could reduce demand for flights or airport expansion and instead looks to new technologies to reduce emissions. My question is that, if the new technologies fail to deliver emission cuts, should there be measures to limit aviation demand? And what could these be?

A: Let us start with the reality that the environmental ambitions of the previous government, such as they were, are likely to be – to put it politely – scaled back by Liz Truss’s administration. In a very short inaugural address to the nation, the new prime minister mentioned building new roads twice; not a word about railways.

Given that she believes in the generous use of UK government jets (as demonstrated by her flight to Australia and back earlier this year), I would be surprised if the “jet zero” target moves any closer in terms of actual measures designed to bring carbon neutrality to aviation.

There are, of course, a range of mitigations that any government can put in place: in particular applying high taxes to journeys that are particularly harmful (eg ultra long-haul) or easily substitutable by terrestrial transport (eg Edinburgh and Glasgow to London). But instead the current plan is to halve Air Passenger Duty on all domestic flights from April next year, encouraging a switch from rail to air.

Taxation remains the most effective way to limit demand for flying. My expert colleague, Helen Coffey, author of Zero Altitude: How I Learned to Fly Less and Travel More, says: “Rather than caps or quotas, there are a couple of things that make more sense in my opinion: a frequent flyer levy, which increases with each flight an individual takes within a year. That way, those who fly the least aren’t penalised, and modelling shows that those who fly the most would naturally reduce the number of flights they get if they were taxed incrementally more each time.

“Aviation should also be properly taxed, particularly on kerosene (aviation fuel) which is currently untaxed – this would naturally then lead to higher air fares, which in turn would naturally lead to people taking fewer flights.

“Research suggests market forces are a better way to organically reduce the number of flights people take than telling them they can only take so many per year (because humans hate being told what to do!).”

I agree about increased taxation, but I have reservations about how effective a frequent-flyer levy would be. How would it be calibrated? Would an extremely carbon-heavy first-class return to Australia count the same as a budget hop to Alicante and back?

What about people faced with a high frequent flyer levy rationally (from their point of view) taking a train to Brussels, Amsterdam or Paris, or a ferry to Dublin, to make their onward long-haul journey? This subject will no doubt come up at our next online travel event: do sign up now.

Q: Why do you think Eurostar prices are so expensive? I understand they have dynamic pricing but trying to get one of their low-cost tickets is near-impossible. Any tips?

A: Passenger loads are very high on Eurostar from London through the Channel Tunnel to Paris, Brussels and Amsterdam. The company is determined to keep fares healthy (from its point of view) in order to rebuild its finances are the disaster of Covid.

As a near-monopoly supplier, it can behave in that way, rationally. Competition on the Channel Tunnel routes between London and Continental Europe is desperately needed. Meanwhile, £39 one-way fares do crop up from time to time, so make sure you are signed up to Eurostar’s marketing mailing list.

Q: Planning a trip from London to Manchester in October, if Avanti West Coast trains aren’t running properly by then which alternative route would you recommend?

A: Regardless of the problems facing Avanti West Coast – with just one-third of the normal trains between Manchester and the capital due to staff shortage – if I am not pressed for time, I always use a slower, cheaper option: a combination of London Northwestern Railway from London Euston to Crewe and either Transport for Wales or Northern from there to Manchester. It takes about 60-90 minutes and requires a change, but saves a fortune as well as being rather more reliable at present.

Q: Do you know why MSC cruises are making UK citizens take a pre-embarkation covid test but not US citizens for the same cruise to the Bahamas from Miami for four nights? Do you think it’s fair that fellow travellers are treated differently? 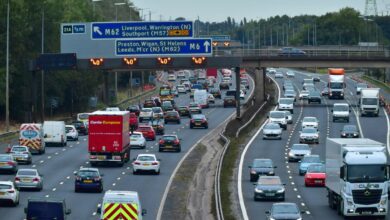 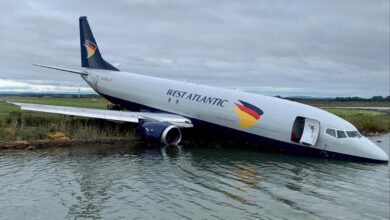 Cargo plane ends up in water at Montpellier airport