Famke Janssen could hit you with a car and you’d probably say thank you. Few actors are quite so good at inflicting violence. Think of her squeezing Pierce Brosnan between her thighs as a deadly hitwoman in GoldenEye. Or her threatening to shove her foot so far up Josh Hartnett’s rear end in The Faculty that he’ll be “sucking her toes ’till Christmas”. Or her generating cosmic blasts of telekinetic energy as Jean Grey in X-Men. Today, though, the tables have been turned. Janssen is under siege.

“New York has been taken over by rats,” says the 57-year-old. “They’re not scared of humans any more! And now we have these new things called lantern flies – have you heard of them?” I admit I haven’t. Janssen’s eyes widen. “I must tell you! They’re these moth-like creatures that look very nondescript from afar, but when they open their wings, they’re bright red and you have to kill them immediately.”

She recounts an entire saga that occurred just hours ago on her apartment terrace: 6ft-tall Dutch movie star versus Chinese supermoth. There are gasps. Dramatic spins of her laptop camera to the crime scene. Horror film metaphors. “This thing leaps onto me – boom! – like the arm in Carrie popping out of the grave at the end.” She managed to spray the beast away, but is now convinced it’ll come back with friends. She leans in close to her camera lens. “And listen, if I go missing, and it turns out you’re the last person I ever speak to, please let everyone know the truth about what happened. I beg you! It’s the flies!”

Blame typecasting, or her intimidating height, or the dark, piercing glare that helped pluck her out of Amsterdam at 19 and into modelling and movies, but this isn’t entirely what I imagined it’d be like to speak to Famke Janssen. In film and television, she has a tendency to be a little scary – the nasty trophy wife of House on Haunted Hill, the incestuous life coach on Nip/Tuck, the inexplicably grouchy ex in the Taken movies. Over Zoom, though, she’s tucking into chocolate and sipping daintily from a cup of tea. Behind her is a wholesome, bright-yellow painting of Louise Bourgeois. She loves it because Bourgeois is her favourite artist but, also, look closer… “Doesn’t she look a little bit like Ian McKellen?” Squinting, I admit that I can see it. “Right?!”

She must be aware that there’s a gulf between the parts she typically plays and how she is in reality. “I feel incredibly misunderstood at times,” she says, sighing. “It’s the dichotomy between the way I look and what is happening inside. But that comes with being in a Bond movie and playing this crazy assassin. All of my friends and family know that I’m goofy, and sensitive, and that I play these characters who are so different from that; other people probably think I’m just playing myself.”

Janssen’s new film is a romantic epic called Redeeming Love, about an apple-cheeked farmer determined to rescue an innocent waif called Angel from a life of sin and sex work in 19th-century California. Janssen is – shocker – not playing the innocent waif here, but her merciless, camp-as-a-row-of-tents madam. “Vagabonds, she’s done shaggin’ for the day!” she cries out to a phalanx of lustful men. “She’s all worn out!”

As a slice of sun-kissed, all-American melodrama inspired by the biblical story of Hosea, Redeeming Love is exactly what it strives to be. Did she mind it being pretty God-fearing, though? Janssen grimaces. “It is! I have to say, it did give me pause. I’m incredibly spiritual, but I’m not religious – I’m not really keen on organised religion, for many of the obvious reasons. So when they offered it to me, I was very, ‘Hmm… I’m not sure.’” But the film offered her a rare opportunity to do a period piece, and she liked the director. Plus, she adds, “I’m not going to lie to you, one of the most compelling factors of doing that film was going to Cape Town to shoot it.”

She holds her hands up, guiltily. “I’m probably being way too honest. I’m so not good at interviews.” It’s partly down to barely doing them. “Because of my privacy issues,” she says, “I basically shun the press. I’m sure you googled me to try and find some things, but I am super private and realised a long time ago that I don’t really like people knowing anything about me.”

A couple of different paths were certainly laid out for her, though. She was very successful in the modelling world – gracing the covers of Elle, Marie Claire and Mirabella at the tail end of the Eighties – but she decided to retire, in effect, in her early twenties, enrolling at Columbia University to study creative writing instead. Bills were paid with the occasional acting job, before she landed her breakout role in 1995’s GoldenEye. She knew it was a big deal going in – it was Pierce Brosnan’s debut as 007, after all – but still felt unprepared for the tabloid attention that would follow.

“The Bond movie dictated a lot of my relationship with the press,” she says. “I mean, you’re British and a journalist – hopefully you’re not like this – but honestly, after GoldenEye I felt like I was thrown to the wolves.” This was an intrusive era; the peak of News of the World rifling around celebrity underwear drawers. “It was just an onslaught of attention, good and bad and everything in between. I realise every actor in the world thinks they can control the press, but ultimately the press always wins. I decided I’d rather be less famous and do things on my terms. That means I don’t make as much money as other people do. I don’t date famous people. I’m not on social media…” She trails off. “But fame comes at a price, and it wasn’t one that I was willing to pay.”

Janssen says that many of those post-GoldenEye years were a slog. “I already had to deal with the stereotype of having been a model, but then I added another thing: model turned actress turned Bond Girl,” she laughs. She played a working-class widow in a crime noir called City of Industry, but its star was initially unconvinced she was right for it. “Harvey Keitel was all, ‘Can you even do your own laundry?’ – that kind of thing,” she recalls. “Trust me: I come from nothing. I’m self-made. I’ve cleaned toilets, worked in bars… this whole notion that I’m some kind of glamorous movie star is not remotely true.”

“It was a very conscious decision to take a different path,” she continues. “I had to create longevity for myself, and work on my craft. I would have been much more famous and made much more money if I’d just gone with whatever was given to me in those moments. But that’s never been the way that I do things.”

A few days before our interview, Janssen was in London, where a friend suggested she create a vision board for the future. She wants to get a place in the British capital. She also wants to find filmmakers who really value collaboration. And she wants to create her own material again, albeit with a partner – “so it won’t hurt so much if it doesn’t work out”. A decade ago, Janssen wrote and directed Bringing Up Bobby, a drama about a European immigrant in America (played by Milla Jovovich) who is forcibly separated from her son. It’s a sweet movie, awash with bright colours and tugs at the heartstrings, but critics were generally unmoved. She admits today that the responses stung – which is one of the reasons she hasn’t directed since.

“When you’re hired as an actor, you’re part of something that’s so much bigger than you,” she says. “So if a film doesn’t work, it’s not all on my shoulders. When you write or direct, though, it becomes so personal. I had to take a few steps backwards because [Bringing Up Bobby] just took too much out of me. And how it was received, and how people would talk about it… I didn’t feel valued, or seen. I just thought, ‘Can I go through this again?’ It was like heartbreak. I think sometimes I’m too sensitive for this world.”

As if on cue, she jumps out of her chair – she’s sure the lantern fly is back. “I think I need to hide,” she says. “It’s like I’m living in a horror movie. That’s my least favourite genre as well, even though I’ve been in a bunch of ’em.” Her eyes dart over to her terrace. “Oh, I’m so worried about my plants now. And it’s all over the press that you’re supposed to kill them, and I can’t even kill a cockroach… This is a bit of a conundrum.”

She winces. “Do you think I should call an exterminator?”

‘Redeeming Love’ is in cinemas now 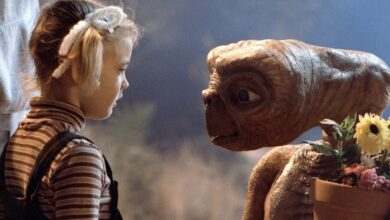 Drew Barrymore would talk to ET puppet and thought it was real, on-screen mother says 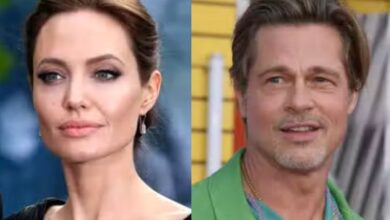 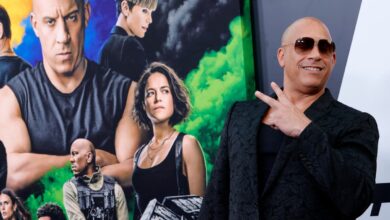