On the penultimate day of London Fashion Week, 16Arlington delivered a triumphant show, ahead of offerings from David Koma and Fashion East.

The 16Arlington AW22 collection was succinctly titled “Tears”, following the passing of the house’s co-founder Federica “Kikka” Cavenati in October 2021. It was therefore the bittersweet task of her fiancé and co-creator Marco Capaldo to complete the collection in tribute to her. The resulting offering had a fitting sense of luminosity, which the show notes attest was inspired by Cavenati’s “playful wit” and “generosity”.

The designers’ Italian roots and London come-up were juxtaposed in a collection that was simultaneously sexy and delicate, yet grungy. Alongside sheer sequin slip dresses were perfectly cut soft leather minis and wide-leg trousers, slashed skirts and bleached two pieces. Feathers are a 16Arlington signature, and could be seen on scarves, monster-marabou hats and coats, which used plumes from the brand’s archive, treated by Cavenati herself.

While outside the remaining gusts of storm Eunice were a menace to show goer’s looks, inside the show space, 16Arlington’s models were styled with the sleekest poker straight hair, some with colourful streaked strands that recalled 90s hair mascara. They glided along elegantly through the space’s snaking runway despite wearing vertiginous sculptural clogs.

The titular tears were realised in the iridescent sequin slip dresses and gumball teardrop-shaped crystal adornments on tailored jackets, as well as a stand-out mini dress that clinked satisfyingly as the model sashayed through the room. The tears also sadly came to fruition as show goers and members of the 16Arlington gave Capaldo a standing ovation when he emerged to take his bow at the end of the show.

Capaldo has said that 16Arlington’s shows have always been a “celebration of women” since they launched the brand in 2017, and this particular runway presentation was a perfect tribute to the most significant woman in his life. No doubt the dresses will come out to play on many of the brand’s loyal following, from Jourdan Dunn, who posed for pictures before the model procession, to their friend Lena Dunham whose words eloquently completed the shows notes: “Marco loved and appreciated every fibre of Kikka as an artist and a woman, and that is one of the central ways she lives on.” 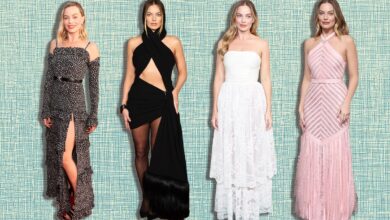 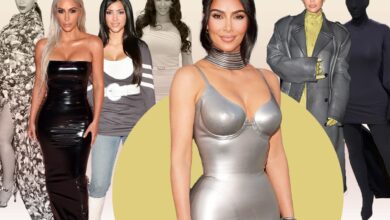 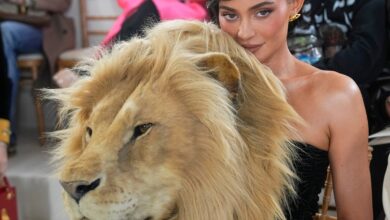 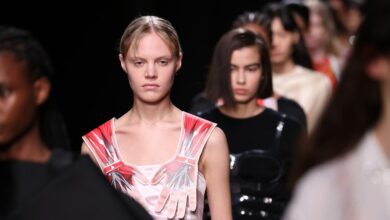