A father and son have created a fully-functional rubbish recycling machine that is completely run by magpies.

Tomas Morsing, 57, and Olof, 20, from Sweden use a ‘task and reward‘ system to harness the Corvid’s intelligence to clear rubbish in their neighbourhood.

Video shows the basic principle involves magpies picking up litter and placing it in a compartment where it is sorted.

Seeds are then released as a reward for the hungry birds.

The duo has recorded 5,000 magpies approaching the contraption to give up their offerings – between five and 30-a-day – during the past 10 months. 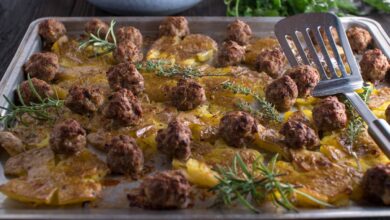 It’s true that Swedes don’t serve food to guests. So what?

‘I still have dreams’: The woman who hasn’t sat down for 30 years