Blanket-wrapped, bleary-eyed mourners dragged themselves onward in the five-mile queue at Waterloo Bridge at 7am this morning to view Queen Elizabeth II lying-in-state.

Still three to four hours away from the front of the line, they braved the worst of the London night when temperatures dropped to as low as 6C. Some stepped out of the line to get a hot drink, while others visibly beaten by the cold and hours of standing were forced to sit down and gather themselves.

In the last 24 hours, a man was charged for sexually assaulting two women in the queue, over 400 people had fainted while waiting in line and the government warned mourners to dress for plunging temperatures.

Brenda Hornsby, 60, who travelled from the Lake District with her husband, said she almost fainted in the queue after it was stopped for more than an hour last night.

“We were left down by the river for an hour without moving – I saw two people collapse, I nearly collapsed I had to sit down,” Ms Hornsby told The Independent. “Through tiredness and the cold and not moving I just started getting dizzy. Someone gave me a bottle of water and I got a coffee later.

“We’ve been here since 11pm we joined at Bermondsey – it’s been extremely cold,” she added. “There was a long gap between where we started and the facilities – some people were struggling.”

Ms Hornsby said the experience in the queue is different from what she expected after watching TV coverage where scenes had been more jovial. She described anger stirring among mourners after some visitors said they were told they couldn’t regain their position after using the toilet or getting a hot drink.

Amber Jardine, 45, a conservationist from Glasgow, said the line had been chaos through the night after the queue was paused -causing arguments and disorder in the freezing cold.

She said police were forced to intervene as a group of drunk hecklers started to disturb mourners.

“It’s been extremely cold but the fact the queue stopped twice for a medical incident and for them to do a rehearsal meant people were getting angry and skipping the queue. You couldn’t go to the bathroom without people getting angry,” Ms Jardine told The Independent.

She said it was clear that people couldn’t handle the cold and at many points she wanted to give up, but a sense of comradery among visitors and respect for the Queen made the chaos bearable.

“The fact that we have come to pay our respects to the Queen is what’s keeping things together,” she said, but lamented the lack of support from stewards through the night.

“The stewards are not helpful, they were letting people skip the queue I saw someone almost get in a fight because of it. It would have been good if they knew more information about where the facilities were and what was going on at points.

Blanket-clad sisters Caroline, Rosie and Sandra, who travelled from Dublin on Friday to pay their respects to the Queen, said there was “no chance of turning back now” despite the cold and tiredness.

“We’ve been here since 10pm last night,” Caroline Delaney said. Asked how the experience was through the night, she quipped: “What do you think?”

“It was freezing, there should have been more tea places and the toilets were very spaced out from the park [Southwark Park], it was about two in there without the toilet,” her sister Rosie McBride added.

“At one point we were stuck for about an hour and a half without moving – that’s terrible in the cold. There was a rehearsal so things really slowed down,” Ms McBride said.

“You didn’t know what was happening, one of the ushers told us what the problem was eventually,” the sister’s new Yorkshire friend Gordon Walker added.

“We’re excited now to get to the front,” the group said. 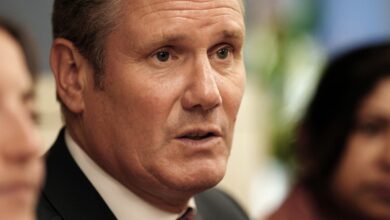 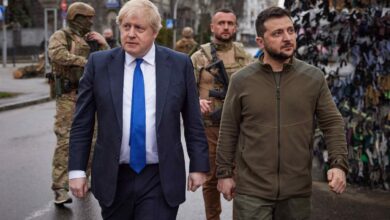 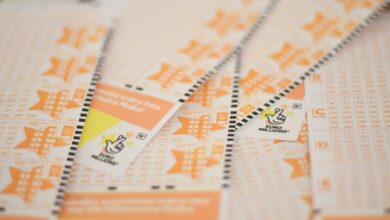