Jared Kushner is joining the long list of former Trump White House officials publishing memoirs in an attempt to capitalise from four years serving a celebrity president whose ex-employees have launched an empire of media gigs and pet projects.

The president’s son-in-law and senior White House adviser is publishing a book next month titled Breaking History, which like the memoirs of his colleagues contains a number of descriptions of lurid, explosive moments that would seem deeply out of place in any administration other than Donald Trump’s. What may be unique about Mr Kushner’s, however, is the pairing of unflattering portrayals of the Trump White House with the unlikelihood that Mr Trump himself will denounce the work or its author.

That’s thanks to Mr Kushner’s marriage to Ivanka Trump, who as the president’s eldest daughter avoided criticism herself after the January 6 committee played testimony from her in which she admitted that she accepted ex-Attorney General Bill Barr’s assessment that her father’s claims of election fraud were, in his words, “bullshit”.

Let’s take a look at the most newsworthy findings from the latest offering to arise from the ignominious end of the Trump presidency:

The president’s son-in-law acted fast, by his own account, in 2015 to defuse a simmering feud growing between Donald Trump and Rupert Murdoch, the right-wing media mogul whose unflattering remarks about Mr Trump early on in the president’s political career were hardly an outlier among conservatives who would later bend the knee.

After Mr Murdoch tweeted shortly following Mr Trump’s campaign launch that the New York businessman was “embarrassing” his friends and the country, Mr Kushner met with the Australian-born Murdoch and writes that he hashed out an optimist’s view of the Trump campaign message.

And to Mr Trump, he writes that he warned: “Please, you’re in a Republican primary. You don’t need to get on the wrong side of Rupert. Give me a couple of hours to fix it.”

One of the more explosive accusations to arise from Mr Kushner’s book was the claim that then-Chief of Staff John Kelly “shoved” past Ivanka Trump in a hallway after a “contentious” meeting with the president in the Oval Office.

Kushner writes: “Ivanka was walking down the main hallway in the West Wing when she passed him. Unaware of his heated state of mind, she said, ‘Hello, chief.’ Kelly shoved her out of the way and stormed by. She wasn’t hurt, and didn’t make a big deal about the altercation, but in his rage Kelly had shown his true character.”

He would go on to say that Mr Kelly, a retired general in the Marine Corps, offered a “meek” apology later in the day.

But Mr Kelly has fiercely denied that the incident in question, or his apology, ever occurred.

“It is inconceivable that I would ever shove a woman. Inconceivable. Never happen[ed],” he told The Washington Post this week. “Would never intentionally do something like that. Also, don’t remember ever apologising to her for something I didn’t do. I’d remember that.”

Mr Kushner was set to attend the opening of a Louis Vuitton factory with his father in 2019 when he was diagnosed with thyroid cancer, he writes in his memoir.

The diagnosis and treatment in are unremarkable on their own. What stands out about the episode is that Mr Kushner writes that he told almost no one of the medical issue — including the president.

“This was a personal problem and not for public consumption,” Mr Kushner wrote.

“With the exception of Ivanka, [his aides] Avi, Cassidy, and [acting White House chief of staff Mick] Mulvaney, I didn’t tell anyone at the White House — including the president.”

Another Trump White House official portrayed as a hothead in Mr Kushner’s book is former chief strategist Steve Bannon, who was one of the earliest exits from the White House after clashing with chief of staff John Kelly.

According to Mr Kushner, one of his most heated moments in the administration’s four years occurred when he complained to Mr Bannon about his leaks to White House reporters about Gary Cohn, one of Mr Trump’s economic advisers. 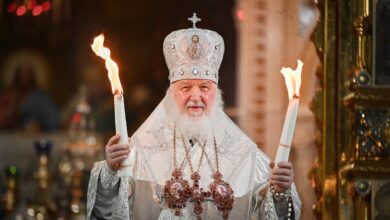 A nation seized by fear: The sinister side of ‘safe’ Rwanda